I’ve attached the blorb for any who wish to try it out before the link is up on IFDB. 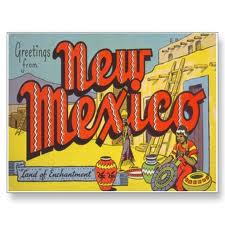 Just for the sake of organisation: you describe this as a sort of sequel to Brian Timmons. I’ve played neither yet, but the connection seems to be that the same detective is the PC. So would you describe these as being part of a series, even if no more games appear? And what would you name the series? Does the PC have a name?

Hi,
Thanks for replying! It does feature the same nameless detective from “Timmons” in a stand-alone adventure. It is part of a series because I’ve been inspired enough to begin working on a 3rd part. I couldn’t think of a name for the series, loose as it is. Hope you enjoy it as much as I did implementing it! Thoughtful feedback is appreciated!

I finished it! Nice game, Marshal
I cracked up at the last line of the winning screen:

“Well,”, you say, “Keep your tits up, Claudine. You can just mail me the check.”, and you walk off; out of the train station and into the sunset.

Although it is quite short, to complete this game a lot of exploration and examination is required, and taking notes is higly recommended.

The puzzles are quite easy till the PC arrives in Castronegro. The “tough” rating seems due mainly to how to get rid of monsters (or better, to how not die by them), especially the main foe in the Diaz mansion.

The game is a bit rough in the interactions with the NPCs, essentially limited to (almost always) auto-start dialogs. Being this a mystery game, a deeper interactions would be wellcome.

Overall this game is enjoyable, without really bad points. Apparently there was more playtesting than “Timmons”.

edit: I posted a larger review on ifdb

Overall this game is enjoyable, without really bad points.

The last line of the game that you mentioned is a testament to my other thread post about trying to learn to craft better endings! lol

This is a partial map of the game, for anyone interested. . . 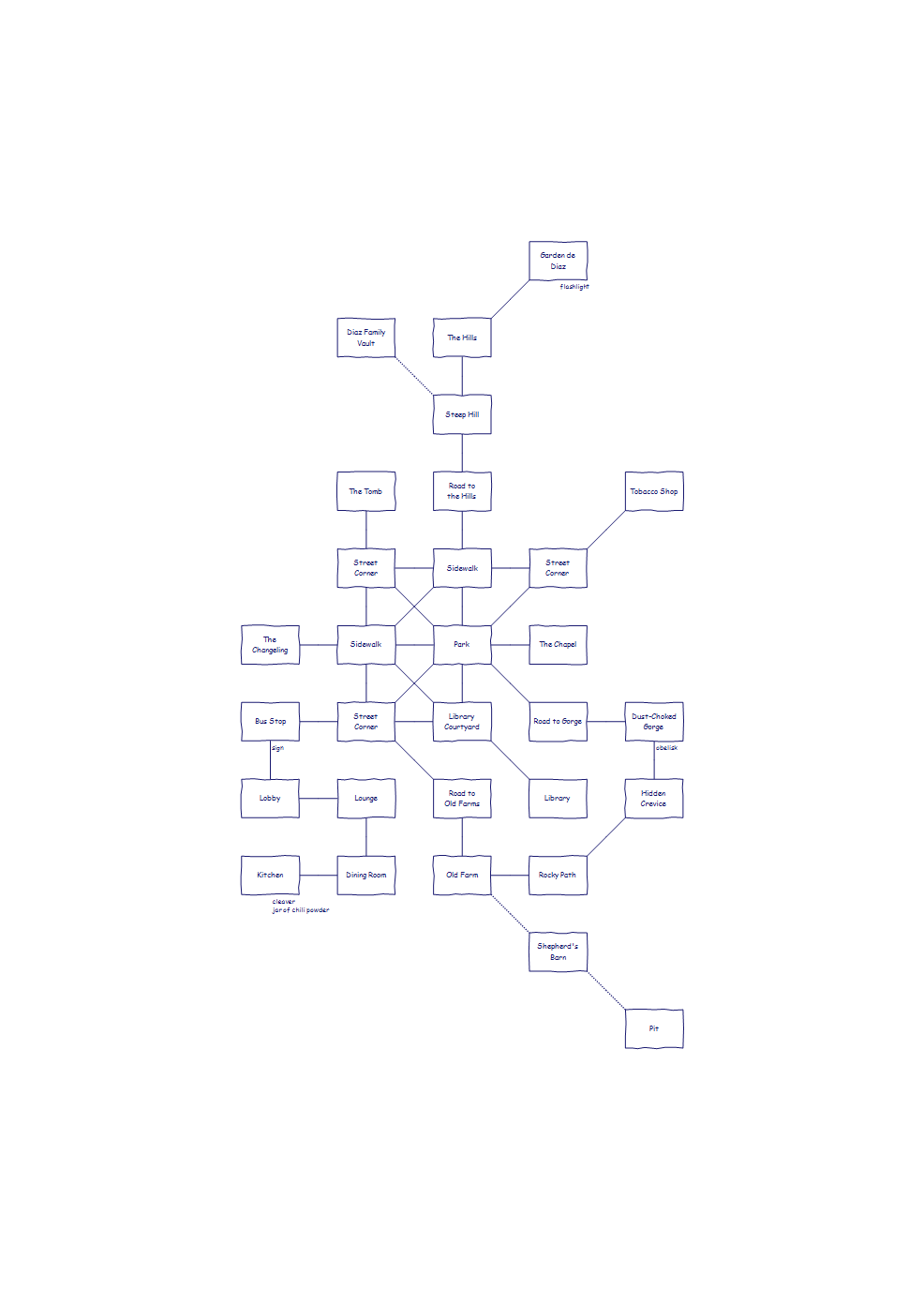 Downloaded it, will let you know how it plays!

will let you know how it plays!

This game can now be played online!

I’ve gotten to the servitor; now I can interrogate Bernardo. But I can’t leave this room; I’m entranced by the music, and I see no way to stop it. I’ve tried attacking the servitor and the flute with various weapons I have (revolver, sickle, cleaver) and I’ve tried actions like “cover my ears” to no avail; I guess there must be an inventory item I’m missing that will help protect me from the music?

do u have the jar of chili powder?

Thanks. That was a bit silly.

In the mansion. Found the stuff in the upstairs dresser, but I can’t find anything else to do. Study and kitchen are both locked. Visited Storage Room, Living Room, Dining Room, Guest Bedroom.

That was a bit silly.

well, it IS labeled under “humor” as well as “mystery” and “horror”.

where would you keep a key?

[spoiler]Bernardo shoots me with a spell whenever I try to leave. I’m guessing I need the guardian statuette from the Tomb? But I can’t find a way to get it or distract Filipo.

As an aside: “buy statuette” should probably give a better error than “Nothing is on sale.” This is a shop![/spoiler]

haha, dammit, you’re right! Good eye! But, no, you probably have everything you need. . .

Did you examine the portrait in the living room? There’s a clue there. . .

It has to do with his ring.

[rant]I disliked the anachronistic use of “bitch” and “tits.” The main character might use language like that (“Keep your tits up”) but there’s no reason why the narrator should. (“As you attempt to turn tail and run like a little bitch”).[/rant]

Fair enough. I can’t take that away from you. Those were done in a simple attempt to make you giggle. I can understand what you are saying, of course. Feel free to leave me a rating and/or a review on the IFDB! And thanks for playing!

Really? I’m not sure anyone would ever say that in any conceivable real-life situation at any point in time, and maybe that’s why it made me laugh so hard.

[rant]What I’m trying to say is: this is the kind of language that sexists use. I’m not saying the author is sexist, or even that the jokes themselves are inherently sexist. But a sexist would make jokes like these.

That’s important because sexists usually believe that everyone around them is secretly sexist; jokes like these make them feel included in the culture, instead of lonely and ostracized, which is how sexists ought to feel.

When I said that the main character might well use language like that, I meant that the main character might well be sexist; it certainly wouldn’t be ahistorical for a private detective of that time period to be sexist. But, IMO, the narrator of this game shouldn’t use language like that, because it allows sexists to feel good about their feelings and behavior.[/rant]

[rant]I’m not sure what you mean by that; I think you might be saying “I agree that I’ve written something bad, but what I’ve written isn’t very important, so there’s no need to change it.”