These hints are about Release 1 of the game. 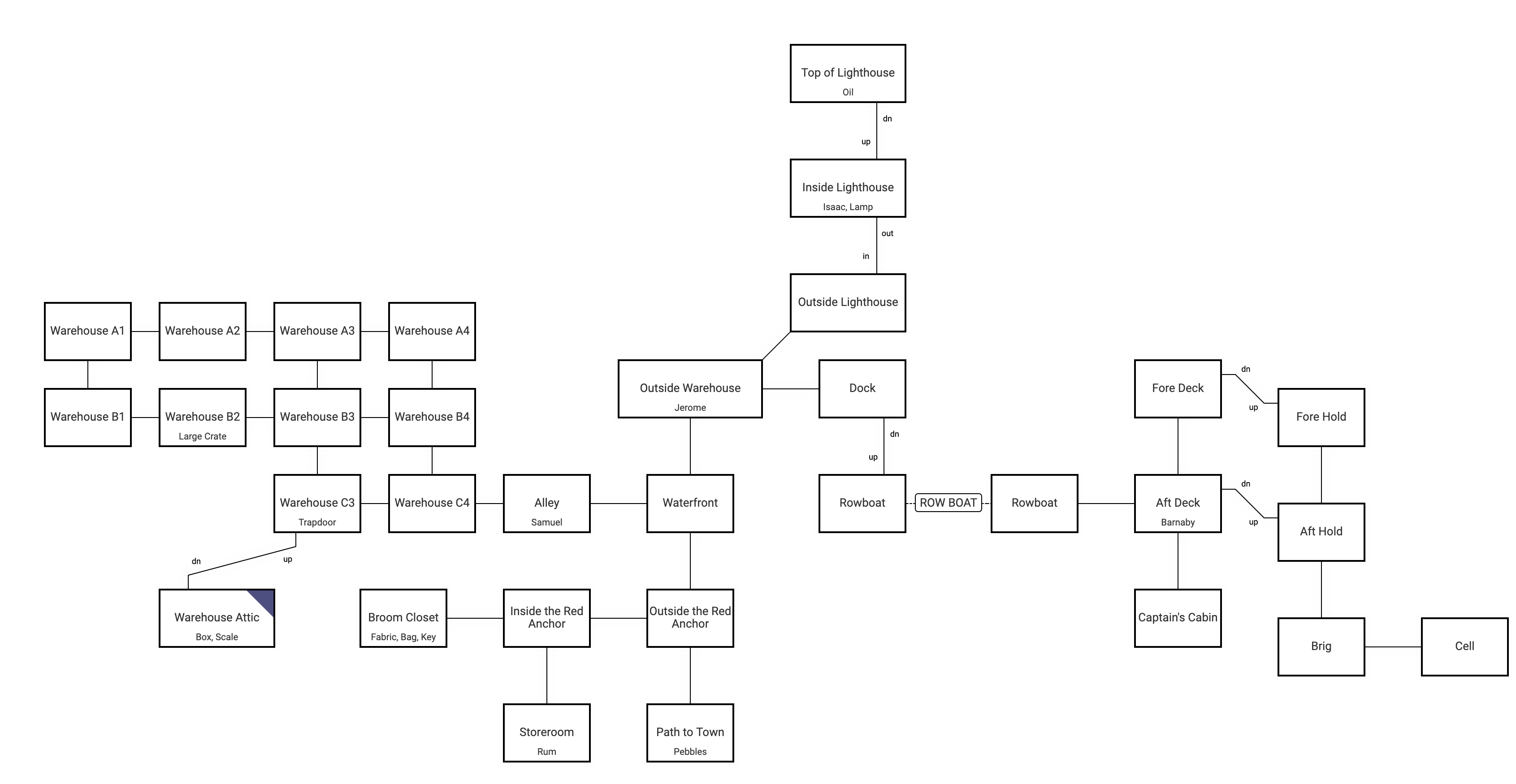 What’s the objective of this game?

How do I rescue Brenda?

Where is Captain Cutter’s treasure?

How do I get into the lighthouse?

How do I get into the warehouse?

How do I open the trapdoor in the warehouse?

How do I open the wooden box?

Where can I find Brenda?

When I try to enter the rowboat, I have a “horrible feeling” about the broom closet. How do I fix that?

Where can I find a light source?

How do I escape the Cell on Captain Cutter’s ship?

I’m in the Brig. How do I get back to my rowboat?

Why did the game end saying “You could have done better”?

How do I open the treasure chest?

Thanks for providing this. I had planned on writing some coded hints, but I’ve been side-tracked on other projects such as ParserComp. Now that you’ve done some invisiclues, I don’t feel as guilty about not providing the coded hints.

I will do a release 2 when I have time. This will fix a couple of small bugs and make it harder for you to get into an unwinnable situation if you push the crate the wrong way in the warehouse. There won’t be any changes to the puzzles, though.