That’s not a redundant subject line. I’ve just attempted to report a bug on the TADS database, and I find that the page is corrupted. That’s why I’m reporting it here.

Nor can I create an account. Since I lost my login information in a hard drive crash last month, I thought I’d just create a new account. No verification graphic is displayed. 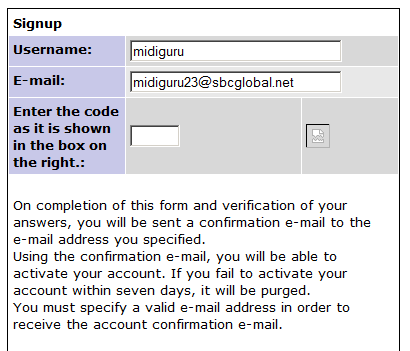 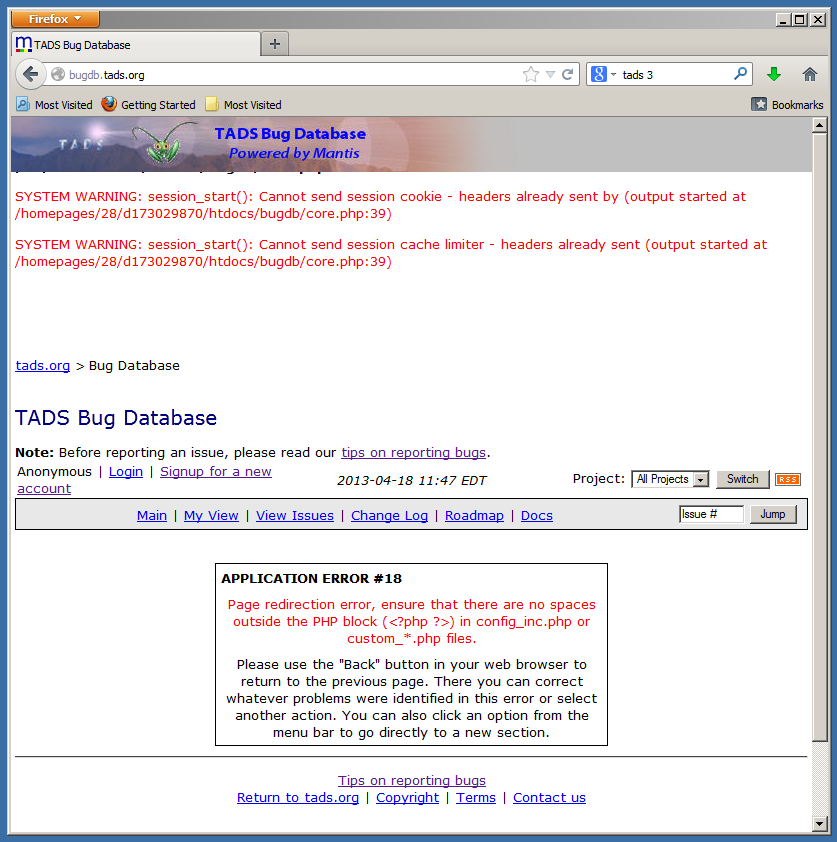 I saw the same warnings when I went looking for help with the problems I had.

I didn’t try creating an account there (just yet

too muck of a rookie to be doing that but give me time), but the System Warning messages are the same that I saw.

I am able to view issues, however. It appears the db is still working; the breakdown seems to be in the authentication system.

Mike told me (in an email) that these errors are due to some recent changes by the company that operates the servers. He said knows about the problem, but hasn’t yet had time to work it out.

This suggests it’s a bug in Mantis and updating it would solve the problem.

The bug db should be back up now. The hosting provider made some infrastructure changes that broke the version of Mantis I was using, so I needed to find some time to install an update, which I finally managed to get to. It looks like it’s back to normal.