Bringing ZILCH Back To Life 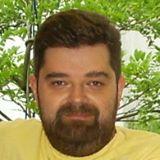 How to bring ZILCH back to life again. Contribute to ZoBoRf/ZILCH-How-to development by creating an account on GitHub.

I thought it was interesting that someone’s been working on resurrecting Infocom’s own ZILCH compiler, with it now being up and running enough to be able to recompile Zork II from source. With 2 points of exception it generated identical assembly code to what was in Jason Scott’s source code dump from April 2019. This person doesn’t seem to have a working ZAP (yet?) and instead used Jesse McGrew’s ZAPF to make the final file.

Impressive work and his article (or readme) on GitHub is well worth reading.