Ryan Veeder has already been extensively covered by Emily Short, had an entire IF competition dedicated entirely to pleasing him, has been translated into French, has an entire school of interactive fiction named after him with instructions on how to copy it, and co-runs an interactive fiction podcast with over 46 episodes. This is a person who clearly needs no more attention, and it may perhaps even be dangerous or foolhardy to draw more attention to him. Unfortunately, I’ve already written this and you’re already reading this.

Ryan Veeder is known for writing games about rats and/or crime, spending a lot of time polishing inconsequential games, and subverting player expectations. He won IFComp in his rookie year (2011) and had two games in the top 4 in 2013.

Veeder has many works that are of fairly equal quality. So you may very well find games of his not on this list that you like better than these. So have I.

This was Veeder’s second game, and his longest and most played. The byline says, ‘This is a game about crime.’

But what this game really is about is player agency in various forms. Veeder said in an interview with Sub-Q magazine that “I build a very specific world and try to give the player different ways to react to it… The goal is “to entertain.” It’s not very sophisticated.”

And so in this game, you’re given a gun and told that you’ve planned to rob a taco store. There is another store nearby which is essentially optional, but has an surprisingly detailed NPC with menu-based conversation and whom can be treated neutrally, as a romance option, or as someone to rob; the game is neutral, so whatever the player imagines, that’s what it can be.

On the other hand, the game viciously restricts player agency, including (at one point) hijacking the parser and typing out things for the player. Much of the players victories become inconsequential, and seemingly difficult problems have laughably trivial solutions.

This is the game the spread wide the ‘Veeder style’.

This game was co-created with Emily Boegheim, who has written several games of her own. This is a ghost mystery game. You wander around a school, trying to find evidence of a ghost.

It includes a very complex photography system, where you can take pictures of anything, depending on lighting and other factors, and you have an evaluation at the end of the game where your pictures are discussed.

In classic Veeder style, there is a huge chunk of content which is easily ignorable. The ‘help’ system, a notebook from a romantic interest, contains much of the writing in the game. A whole second game plays out in the book that doesn’t in-game. Several IFComp reviewers missed this part entirely.

Ryan Veeder is the only person to place twice in top 4 of the same IFComp. This game is one of several of Veeder’s rat-based games. You are a human in a sinking ship with a rat, the eponymous Captain Verdeterres. This game has been translated into French.

It is an optimization game, with a high score recently achieved by Mike Spivey (5 years after it originally came out!). It is organized like a classic platformer (left/right and up/down, no backwards and forwards). There are various treasures you can grab, some of which look good but are horrible, some of which look horrible but are good. The rising water destroys more and more of the ship, rendering you unable to, for instance, run back down for a key.

Notable for its cover art if nothing else (a bank white square), this game is a grab-bag of oddness, and a favorite of authors such as Chandler Groover (and others, I’m sure).

It begins as follows:

Screen reader or mobile device? Type “yes.” Otherwise, please type “no.” Thank you for your time.

Thank you. Please type as loudly as possible.

The game only gets odder after that. It seems as if the goal of the game is to keep the player completely and utterly off guard, without a moment of understanding or intentional decision making, but also without any boredom or frustration.

This ‘random assortment of bizarre techniques’ is a little bit like The Statue Got Me High, which features an elaborate and completely irrelevant logic puzzle.

An Evening at the Ransom Woodingdean Museum House (2016)

One of Veeder’s first forays into horror, this is a short game about locking up and going home after a day spent as a historical impersonator in a historical mansion. It has Veeder’s light mischievousness, which here comes off as disturbing rather than amusing.

It consciously calls back to other horror games such as Anchorhead. I found it genuinely disturbing, even while replaying it for this article.

This game, Veeder’s most recent, is less of a straight horror story and more of a parody. The game is set in the same location as the original Infocom game The Lurking Horror. Like Captain Verdeterre’s Plunder, this game has you racing around to beat a clock. Unlike that game, this one relies on secret passwords that can be remembered from iteration to iteration.

This was part of MIT’s Mystery Hunt Puzzle.

Ryan Veeder’s games are filled with this. The ghost in Robin and Orchid is a classic example, with many players able to come to different conclusions about its reality throughout the game. The rat captain in Captain Verdeterre’s Plunder; the burning house and vengeful statue in The Statue Got Me High; the possibly sentient crows in Winter Storm Draco; the secret society in Taco Fiction; the sudden shifts in writing in An Evening at the Ransom Woodingdean Museum House. All are presented matter-of-factly, leaving the player to decide if this is odd or not.

Programming-wise, Veeder intentionally describes the world in a way that very few scenery items need to be implemented. Everything either drives the action or adds to character. He has used many conversation systems, sometimes in the same game. His works are puzzle-lite, but not puzzle-less.

Now that this article is done, there will be more time to cover other authors.

Just one small correction: Winter Storm Draco does not, in fact, have a blank white square for a cover.

Just one small correction: Winter Storm Draco does not, in fact, have a blank white square for a cover.

Indeed. It’s white on transparent. When viewed on a contrasting background, one sees the title of the game writ large in attractive Roman letters.

Wow, that’s beautiful. Thanks for pointing it out to me! I’ve attached it here. 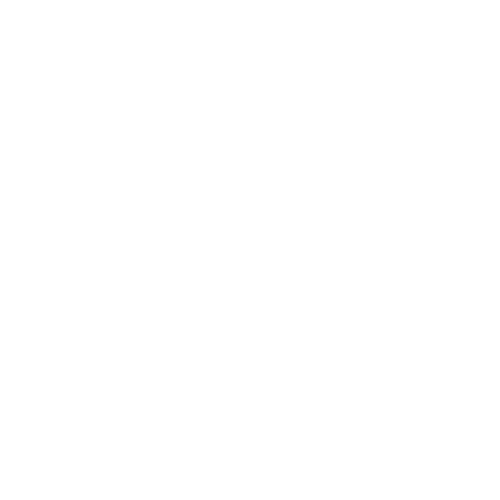 (Nitpicking: For what it’s worth, I think “Robin and Orchid” is set in a church, and the nested game you’re thinking of is probably the one in “The Ascent of the Gothic Tower”, also by Veeder. There’s a lot of extra content in the notebooks, but no nested game. In any event, a fine summary!)

Thanks, IvanR! Yes, it’s a church, not a school, thank you for pointing that out. I’ll make sure to fix that when I polish this up. And you’re right; there’s no ‘game’ in the notebook, unless you count a sort of word-association looking up game. But the total word count of the notebook is IF game-sized, which is what I meant to say.

It is indeed dangerous and foolhardy to draw more attention to Ryan Veeder, for in this way you draw the attention of Ryan Veeder to yourself, and his keen eye for rhetoric grants no mercy to even the bowingest and scrapingest of puff pieces. It is with sincere regret that I am forced to issue an epic takedown of “MathBrush’s” latest author highlight.

In the first section, “MathBrush” neglects to note that I also won Ectocomp one time. Since then, I’ve released a few different noncompetitive spooky games around Halloween, which is a bad idea, since there are two different competitions going on then and nobody pays attention to any other stuff coming out. It is telling that these games are omitted from this analysis.

It is telling that “MathBrush” omits the excellent “Dial C for Cupcakes,” the celebrated “Ascent of the Gothic Tower,” and also “Wrenlaw” from this analysis, apparently cherry-picking examples to support his thesis that my style in story is magical realism. He goes on to ignore my port of “Crocodracula: What Happened to Calvin” (which only has four ratings on IFDB), despite its undeniable influence on IF culture worldwide.

I find it very hard to believe that I ever said I “build a very specific world,” a turn of phrase as meaningless as it is amateurish—bordering on cringe-inducing. I wave this claim aside with a theatrically hasty gesture.

The correct styling of the title uses an ampersand. Furthermore, it takes place in a church, not a school. Also furthermore, I don’t know where in the game Casey is established as a love interest. It is clear that “MathBrush” has composed this analysis based on half-remembered reviews he read five years ago and may never have played the game himself in his life, likely due to a crippling fear of ghosts.

This part is essentially correct so we will move on.

I assume I am the first to point out that the cover art is not a blank white square, but in fact consists of the game’s title writ in large attractive Roman letters. I believe the font used is the same one used by the popular crime franchise “Law & Order,” another title that is properly styled with an ampersand.

An Evening at the Ransom Woodingdean Museum House (2016)

“MathBrush” once again proudly flaunts his ignorance, as a fishwife proudly flaunts her wheelbarrow full of delicious fish, by characterizing this as “[o]ne of [my] first forays into [the genre of] horror.” I had written in the genre of horror for many years prior, beginning with my 2012 volume “MOTORCYCLUS” and Other Extremely Scary Stories, currently available as a PDF & EPUB download for the very reasonable price of $5 USD. Also, I thought The Statue Got Me High qualified as a horror game—but I guess somebody didn’t.

I deserve a chance to respond to the narrative, concocted by Emily Short and parroted by her cronies, of my implementing only the bare minimum of scenery in my games. Everyone seems to be having a good chuckle as they say I incited a movement of laziness-motivated IF authors, clicking & clacking away at their keyboards until their games are almost done and tarrying no longer before shipping them off, bereft of bells, whistles, sidequests, Easter eggs, et cetera. I refuse to take responsibility for these shiftless authors and their malnourished games, for my games have oodles of unnecessary elements. To name a few:

I grant that most of these examples do not directly address the claims about how much scenery I implement, but one of them does, and so my point stands.

I wish to thank “MathBrush,” if that is his name, for contributing to the discourse surrounding my body of work, well-merited by that body’s statuesque and attractive figure. The unfortunate fact is that, although we now have a rough outline to fill in, much research remains to be done in the field of Veedrian studies. When at long last the critics have exhausted the analytic possibilities my work affords, I will let you know.

Also furthermore, I don’t know where in the game Casey is established as a love interest.

Ohhh, suuure. Next thing you’ll also deny that the human girl in You’ve Got a Stew Going! is a love interest