The interminable road to the Andromeda Acolytes Kickstarter has become less interminable!

On the Discord I’m hosting three weeks of text-adventuring competitions with Steam and itch prizes. Any and all humans are welcome and encouraged to join by logging on and joining a team – MC, Remotes or Phadra. Those who join can also get a key to the beta test. The server doubles as a text adventure boot camp, but with more fun and prizes and less hazing. Therefore, pre-familiarity with text adventures is not a prerequisite. Just a desire to adventure and try something new.

In this details section I’ll paste my press release so you can see how I’m presenting this to the non-IF world.

To see some familiar faces on the server would be a treat. And probably a relief, too!

–For you social media folk, it will be a great help if you tell people in all relevant places about the Discord drive.

I am barely a Twitterer, but if you go to my Twitter page, the most recent Tweet can be retweeted/reframed:
https://twitter.com/aeriae

Or you can link Heiress Software, which has the plug on the landing page: 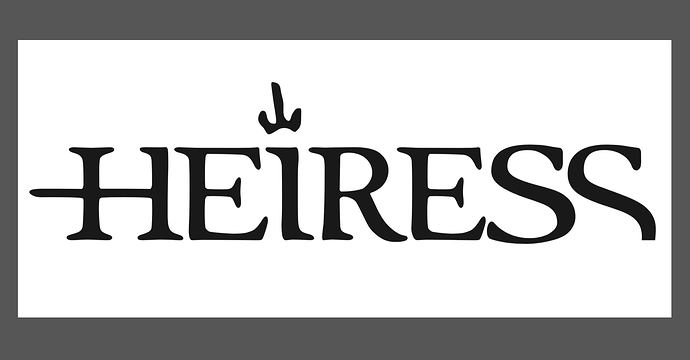 This is an interesting idea and I wish you all the best with it. I have some questions, though.

How will you promote this to get adventure newbies to find it in the first place?

I started with Reddit posts and press releases. Though the press release didn’t come out today, so I’ve written Games Press to find out what happened. I researched 20+ relevant-looking subreddits and ended up posting in seven that remained relevant and whose rules I won’t break by posting. For instance, I’m looking variously to indie gamers, adventure gamers, and people who like free stuff. Each kind of subreddit has restrictions. Some won’t accept betas. Some won’t accept any self-promotion. etc. I’ve also contacted some other sites, plus posted the kind of thing you’re reading here.

It sounds like there will be multiple competitions on the Discord. How many? Will they all be well-known text adventures or will you throw other forms into the mix?

This is all answered in the Discord in extreme detail. But in short, four parser adventures, three reasonably well known in local circles, one completely unknown. Two with scoring, two without. I don’t reveal what each game is until its competition starts.

When you “get a key to the beta test”, what exactly does that mean? Do you expect those people to beta test the game (that could be a lot of testers) or do you mean that they get early access to a beta version of the game? And what is the game that they get access to?

A Steam key, necessary to play the beta test of Andromeda Acolytes on Steam when the beta test is on. This is not a beta test with a primary motive of me finding lots of bugs in part of the game, though finding some rarer ones would be a happy side-effect.

If this was a game in a more popular genre, early access via beta is a bigger carrot in itself. Here it’s combined with other carrots.

I don’t get the timeline… Or do you already have a beta and the kickstarter is to fund further development?

Yes, I have a beta. The game is projected to be very big. The Kickstarter is to fund me to make it. Those details are explained in/on the Kickstarter video/page (which can’t be public 'til the launch).

Just joined up as a remoter on the Discord.