I suppose many of you have seen the news that Microsoft is purchasing Activision.

My twitter is filled with hope that Microsoft will do something with the old Infocom properties.

I’m surprised at this line of thinking. It sounds like a pretty bad thing to me, as new interest in the IP’s might have bad implications for community resources (tools, games, source code).

The most experienced and capable developers of IF are here and not at Activision. I’m not sure what Activision/MS would bring to the table beyond straight action games in the Zork universe. If past efforts are any indication, not everyone “gets” Zork.

My twitter is filled with hope that Microsoft will do something with the old Infocom properties.

Twitter does not show you what people think. It shows you what will annoy you.

I don’t think there’s any real desire for this. It’s just people joking around.

(I tweeted a “serious reply to all those jokes” anyway, just to get it into circulation.)

I’m surprised at this line of thinking. It sounds like a pretty bad thing to me, as new interest in the IP’s might have bad implications for community resources (tools, games, source code).

I’m thinking now’s a good time to make sure I have a personal archive of a whole lot of content.

Twitter does not show you what people think. It shows you what will annoy you.

Can’t argue with that. Did an “infocom” search and seems 50/50, serious to joke ratio, maybe titled more toward serious. I’m glad you are using your platform to correct this thinking. I’ve told my 30 followers what I think, heh

One thing I’ve learned with the blog and podcast is that there are many old fans that don’t know about the efforts this community has made to keep the Infocom catalog available. Lots of emails about wishing the games were still playable.

I guess to them, this is their best shot

I’m thinking now’s a good time to make sure I have a personal archive of a whole lot of content.

Yes, I’m working on downloading all available game files, source code, and documentation. I’ve been meaning to do it, and this is a good push to get it done.

Worth noting that this acquisition deal will take at least six months to complete, maybe a year. And that’s if it gets regulatory approval.

I guess I should stake out my position re my Complete Infocom Catalog (which is on my personal web site):

I do not expect Activision’s behavior to change post this merger, so I am not changing how I run my web site.

If Activision or Microsoft ever asks me to take the Infocom material down – which I don’t expect – I will of course obey any lawful request. I will also make sure that Jason Scott knows what’s going on.

A few more updates (linking the Eurogamer writeup of a WSJ story since the latter is paywalled):

I don’t believe they’re interested in ZIL when they have Inform available. When was the last time Microsoft put out text only games? If they do anything, they’d probably just bundle it as old, antiquated DOS stuff, the same as MS Adventure and QBasic.

But billions of dollars? You never know. Even if it’s safe with current generation, does not mean that it will be safe with the next one. Oh, well. At least MS doesn’t own Github, so at least we don’t have to worry about hosting our files there for now

MS does own Github, don’t they? 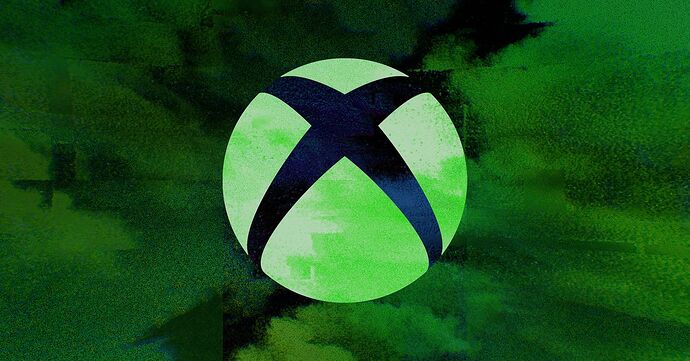 Microsoft buys Activision Blizzard for $68.7B

Activision owns the entire Infocom back catalog. If/when this merger closes, Microsoft will own the catalog instead.

Interesting news, especially given the context of the ongoing revelations and turmoil about the hot mess of harassment and abuse at Activision Blizzard. This is still a deal that needs to be finalized, though, and then there could well be some regulatory process that goes beyond a mere rubber stamp given the size of both these players, so I’d guess that it won’t be going into effect for some time yet.

MS does own Github, don’t they?

Yes. I assume Harry was being ironic.

The risk factor of using Github is not considered high. But if it goes bad, it’s quite easy to switch to a different Git hosting provider – even after the fact.

About the news in general, as an estranged Blizzard fan* I kind of hope folks at MS can clean up shop. I’ve been so disappointed by the way ActiBlizz has behaved (even before the merger) that maybe this will be a good reset. Microsoft has done a pretty good job stewarding Minecraft, so I’m optimistic.

As it relates to IF, I have nowhere near enough context to comment meaningfully >.>

* World of Warcraft is why I’m Cogwheel

There was a recent Microsoft research project involving IF and even Zork in particular. So Infocom was already at some level on the radar of one part of Microsoft… and there’s precedent that a Microsoft project hosted on github linked to an online copy of Zork.

But this is just trivia; I don’t think it sheds any light on what Microsoft buying Activision will mean.

Let’s not rehash old discussions. This purchase has almost nothing to do with MS’s purchase of Github, and if anyone thinks MS is running/will run Github into the ground, this isn’t the place to share those thoughts.

Github have been lax about Infocom content up till now, and Activision have been lax about it mostly (other than possibly chasing those trying to sell it?) It’s fine to speculate whether the latter will change, but until there are signs that they will, I don’t think speculating about the former is useful.

I’ve been so disappointed by the way ActiBlizz has behaved

I hear you. I was a little interested in the Diablo 2 remake, but I can’t buy it given the circumstances.

My page is about Infocom games, but my most widely viewed post to date is about Activision/Blizzard’s treatment of women as well as sexual and gender minorities. Which honestly, if people are only going to read one thing, I’d rather it be that.

According to Jimmy Maher, Infocom early on sounded out Microsoft about publishing Zork:

An approach to Microsoft was rebuffed by the marketing department; they already had their own text adventure, Adventure itself, and apparently felt one was enough for any publisher. Later Bill Gates, who was a fan of the PDP-10 Zork , heard about the offer and tried to reopen the subject, but by then Infocom was already in talks with Dan Fylstra of Personal Software, leaving a Microsoft Zork to history as a fascinating might-have-been.

No large corporation will spend even two seconds of time on 30+ year old IP that has no market.

Unless. There are Zork fans within Microsoft that might try to do something. Even so, my guess is they’d just officially open source all of it, but much more likely they never even think about it.

No large corporation will spend even two seconds of time on 30+ year old IP that has no market.

I sadly agree with this. The Infocom properties are likely going to appear to them as dust at the bottom of the crisp bag.

I have no knowledge of these things, but I wonder if that might work to the advantage of another entity who wanted to purchase the licensing rights from them. Although an inquiry about purchasing them might raise the value (“Hm, what do we have here?”)

Hopefully there are some legacy game geeks in the ranks who understand Infocom as you mentioned.

I of course agree with this evaluation too.

I wonder if that might work to the advantage of another entity who wanted to purchase the licensing rights from them.

Activision already went through that in 2010. (Remember “Legends of Zork”? Neither does anyone else.) They’re probably still willing to license it, but nobody else has tried.

I can see some smaller studio within the Microsoft tent getting excited about the Zork IP and internally licensing it for some project. This would, again, be a modern genre with some mass market potential. Who knows what.

Really, Activision is going to keep functioning as-is, except for high-level strategic decisions which come down from Phil Spencer. Those will involve boring business ideas like “integrate with GamePass” or “make this giant franchise an XBox exclusive”.