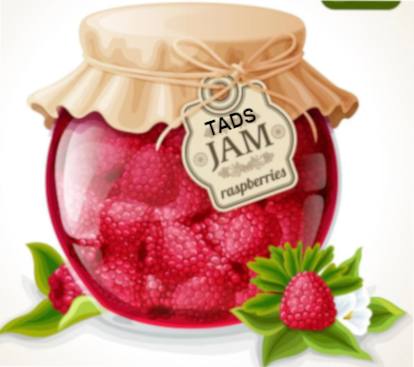 It is my pleasure to announce the Winter 2021 / 2022 TADS Jam. Not too many years ago, many games were developed with the TADS authoring system. It is still quite viable and able to produce rich and detailed games that allow the player to become immersed in the game’s world.

The intent of this Jam is to provide a venue to highlight games developed with TADS 2 or 3 using the standard library or Adv3Lite by Eric Eve.

The TADS Jam website is available as a resource.

The Jam will be hosted at: TADS Jam Itch.io

TADS is always something I’ve meant to learn. I’ve enjoyed a high percentage of TADS games I played, but I have too many other projects to wrap up, so it looks like I’ll just be judging.

And from the time I’ve spent digging into TADS, I’ve seen it has some neat, intuitive stuff.

I’ll be sure to have my Windows scheduler ping the website every day, too, to remind me to vote.

Sounds good. I’m not sure if I’ll have time to learn yet another authoring tool, but I’ll certainly think about it. I just need to come up with an original game idea.

Note that you have a typo in rule 10, “rulles” should be “rules”, and two rules are missing the closing period.

TADS has several very extensive tutorials for both the standard library and Adv3Lite. I have found that Adv3Lite has features that facilitate NPC development and conversation. The Adv3Lite manual has a number of full source exercise games that I have found helpful. Ex 20 demonstrates NPC conversation techniques. I am work through that one now.

PS. Thanks for the heads up on the typos. I find it difficult to see my own mistakes.

fos, glad to see this happening. I said so before, but as much as I’d love to help support TADS I don’t know if I’ll be able to find time to submit a game. I’ll be lucky if my big work is ready for IFComp 2022, plus a lot going on in life. But if inspiration strikes me for a small manageable game idea, I’d be tempted to squeeze it in and participate. Thanks for your work…

Sounds great fos, I’d like to suggest two things. First, removing “the core method of control should be a keyboard” from the jam description, simply for the selfish reason that I’d like to make a keyword-focused game :). I would imagine that most people making a Tads game would make a parser game regardless.

Second, encourage people to submit libraries/demos at part of the jam. Yes this doesn’t encourage the goal of more Tads games per se, but it might be more achievable for some people interested in the jam and/or Tads language but with less time on their hands, or those programmers more interested in libraries than games. Tads authors in general will still benefit.

You could expand this to include submissions of tooling for writing Tads games. Then people could for example get extra motivation to contribute to things like the VS Code Tads extension.

Thanks for the input. With TADS it is unlikely that anything other than a keyboard will be used for input. But, I wanted it to be inclusive for anyone that is using accessibility devices. I should probably word it differently. I will try to come up with a better rule.

Adding libraries and tools to possible entries is good. Anything to promote TADS.

Please note also that I have added in Zilf in the rules. It is a venerable legacy authoring system that should also be promoted.

I’ve considered learning TADS for my next game… this may finally be the push I needed to actually do it. Cool jam idea, thanks for letting us know!

Very nice! I look forward to your work!

George,
Your suggestions were noted and implemented. Thank you

I’m hoping to have an adv3Lite entry ready for the jam as well. I have a couple of code libraries that I’m looking forward to sharing as well.

Thanks to @fos1 for putting this together!

Very nice. I am looking forward to your entry.

@fos1 Should the Winter TADS Jam be listed on the IF Wiki competition news page? Don’t know if it will attract more participants, but it couldn’t hurt.

Good idea. Anyone can log in and edit that page. Happy Christmas

I think the listing is a great idea. We now have less than a month for game entries. I made the entry period longer than usual due to the steep learning curve for TADS, the time of year and this Jam being the inaugural event.

We currently have 8 that have joined at itch.io. Emily Short gave an initial announcement which was great. Any additional promotion is very nice.

PS. I have been down with COVID for the last 10+ day. Whew! That stuff is no joke. (All three of us at our home are fully vaccinated)

I’ve started a page for you at TADS Jam Winter 2011/2012 - IFWiki, using the wording from your itch.io page, and added the dates to the “competition news”.

Note that in addition to ElseIfPlayer, Parchment (iplayif.com) also supports TADS games now. I’m still working on improving its windows/menus support, and it will no doubt be better by the time voting starts.

I’ve started a page for you at TADS Jam Winter 2011/2012 - IFWiki , using the wording from your itch.io page, and added the dates to the “competition news”.

One nice side-effect of adding it to the page is that it’s now listed on the IF Wiki front page.

I fixed the date in the body of the text and added some internal links, but I’m not guru enough to change the title of the entry.