What’s something kind you’re doing for yourself?

Prompted by my abject misery at being ill- I managed to contract bronchitis right after I recovered from the stomach flu(?) I had. (Wasn’t Covid, was super pukey. I fell asleep flopped on the bathtub ledge during the worst of it.) I have had it repeatedly in the past, (as well as pneumonia) so am super familiar with the fatigue and inability to catch my breath. Old game, same antibiotics. I’ve been avoiding the codeine for the time being, but if the hacking fits get worse than I’ll indulge like a real old timey consumption riddled waif. Hopefully this time I caught it close enough it passes soon- I haven’t been coughing up nearly as much blood as in the past.

Since I’ve been about as useful as a wet paper bag lately, I’ve been trying to be nice to myself. That’s involved breaking out my other blanket to snuggle beneath its weight. I’ve been staying hydrated and taking a small pleasure in sipping from a hot pink straw and a My Melody tumbler, or else a soft silicon pink straw attachment on a metal one in my similarly pale pink thermos. It’s my favourite colour, and surrounding myself with it (fresh bedsheets, pillow case, blankets, the blanket for my stuffed animals to snuggle in) makes me happy. I’ve pulled out an old notebook and some stickers and decided I’ll decorate them tomorrow as a treat for myself to look forward to. I’ve been making a lot of smoothies lately, because the cold feels good on my throat, and I love strawberries! We have a bunch in the freezer.

Perhaps more relevant to the forums- I’ve been giving myself the permission to be unproductive. If I don’t feel up to writing, I won’t- I’ve closed the laptop and laid back down and not felt guilty over it. If I’m too sick to hammer out prose, then I’ll give myself the grace to flop in bed and do nothing but rest drowsily. Sleep’s healing! I have gotten up to some antics- (I played around in Bitsy, dropped a tiny thing I made in it for the first time) but it’s wildly low compared to my usual summer output and… that’s okay! I have been very literally coughing blood lately, I should take it easy. (It sounds scarier than it is- I have a bleeding disorder, and my throat is easily irritated. It’s not really coming down from deeper in, like when I had pneumonia. Just bed rest for me! And antibiotics on a strict timely schedule.)

Anywho- I find a lot of the time creatives are kind of bad at taking care of themselves. I’d like to invite you to take a moment and consider what it is that you’re doing for yourself- and if you don’t have a ready answer, maybe consider implementing something small that gives you joy? A little pink never hurt.

Productivity comes when it comes, I tend to find. Sometimes you can force it but rarely. It just comes on.

In the meantime how to be kind to yourself?

Well, I’d say many of us spend far too much time sitting. So I’m going to suggest getting out there on a nature trail.

I went on one last week: a 3 hour ‘technical’ walk around some of the most beautiful countryside I’ve experienced. Absolutely brilliant to unwind, appreciate nature and give the body a break from being hunched over a desk! It’s also a fantastic antidote for any anxiety or depression that might be creeping into your life. Better to deal with that naturally it possible.

I wanted to share some pictures of the notebook I decorated to use as a diary! 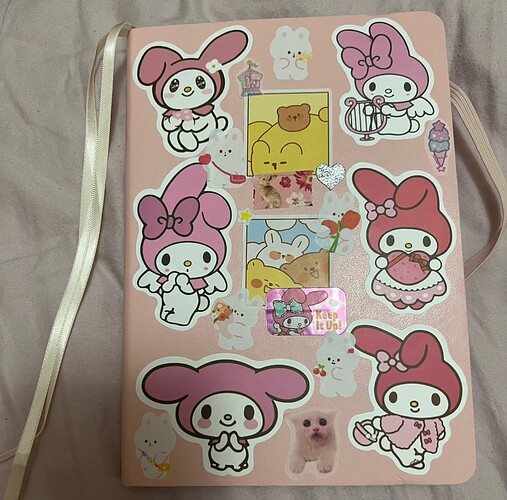 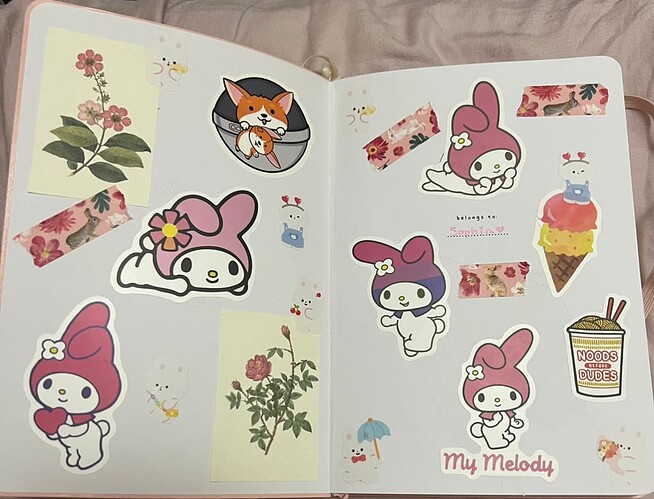 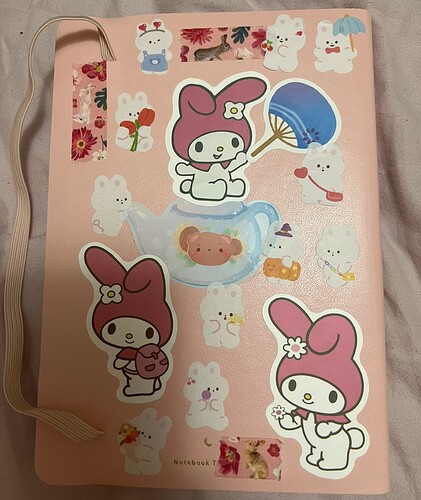 Productivity comes when it comes, I tend to find. Sometimes you can force it but rarely. It just comes on.

Yes, though I’d add certain things prepare you better for ideas dropping than others.

I’m still trying to find new places, and while I think it’s quite bad for us to try to get to pre-COVID levels of going out in general, there are things I want to get back to. I got to the library several times last week and looked at books I’d always meant to check out. I’d forgotten that several patchworks of suburban consortiums had joined together so that patrons of any one library should have access to more books via intra-system loans. But I was glad of the reminder!

The result was that I was able to request a few books I’d always wanted but never got around to. Sure, they’ll take a few days, but since I waited a year-plus for them, that’s small potatoes. Online books work, but just the feeling of going out a bit more is a big help.

About productivity and finding nice things to do for yourself: sometimes a bunch of things come at once and I’ve often wondered if it’s too good to be true. It is not. Sometimes it’s because I’ve put off doing things for too long and I’m making up for lost time, and other times it’s just a bit of good luck that follows bad luck.

This afternoon, I picked a few handfuls of mint leaves, lemon balm, basilicum, sage and lemon thyme. Pour boiling water over them, let cool and put in the freezer for a few hours.

I’ll have a refreshing herb water to drink while I read in the garden this evening.