What is an Adventure Game? 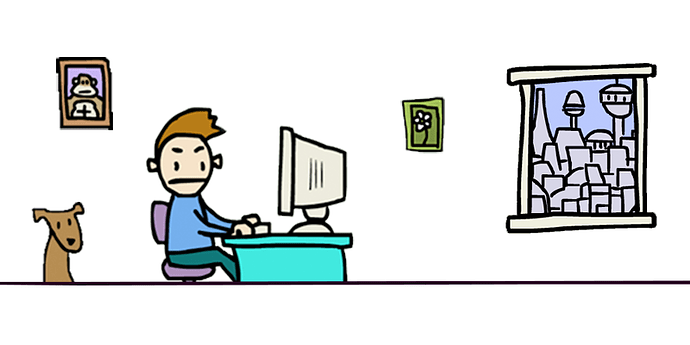 What is an Adventure Game?

So there I was, sitting down with a hot cup of coffee, looking forward to a nice, fresh take on the subject. He recaps the premise, and illustrates it with a cute little doodle. And then… the article ends?

Ron Gilbert has done some truly great things, but, well, he’s making a fool of himself here. Surely, before posting something like this on your popular blog, you’d do a quick google search to see if maybe there was a living, thriving community of intelligent people who’d spent the last 25 years crafting megabytes of insightful, witty, entertaining commentary on the subject? Starting here, maybe?

Thanks for the link, though! Childhood hero humanized.

I’m not sure the blog post which dates from 2012 was ever written as a comprehensive essay on the subject. It’s just a few random musings of what was going through Ron’s head; probably while he was working on The Cave; which itself explores that area between a platform game and more traditional adventure.

I found his scribbles interesting too. (He’s still a legend to me)

Oops, fair enough. Then it’s only 15 years of living under a rock, and his audience may have been smaller at the time, so the blog could have been more like a personal notebook. Thanks for putting the record straight!

Look at it in the context of his blog. It’s part of a collection of posts leading up to the announcement of The Cave. It’s wasn’t really a question of ‘What is an Adventure Game?’ but more of him preparing to answer the barrage of questions along the lines of ‘Is The Cave an adventure game?’

That context is not apparent from the post itself, nor did the OP explain anything here. It does feel to me to be a rather strange post to share on this forum.

I didn’t think this would exasperate anyone. I’ve been going through that blog after someone posted a link to his puzzle-graphs post, and, strange as it sounds, I quite liked the blog. It’s like reading Emily Short’s blog with brief mode on, and doodles instead of infographics.

Someone just posted a link to “Craft of Adventure,” which has a long section on the war between the narrative and puzzles. Good stuff, but here’s a post from that blog that takes a different stance (succinct and with a doodle too).

I guess I won’t link to his blog anymore, because it doesn’t seem to suit our tastes here, and because he’s probably wondering why that text-game forum is reading the blog of the guy that got rid of parsers, but I posted that link because I thought it was relevant and made a couple of good points without belaboring them.

Sorry, I didn’t mean to be rude. I have no doubt that the post has more meaning when read alongside the ones before and after it. Definitely don’t feel you shouldn’t share links to this blog any more, but if you do, consider giving a little of your thoughts as well.