I made spaghetti bolognaise the other night. I was going to use the left-over sauce to make a second batch tonight. Just one problem. Where the hell is the half packet of left-over spaghetti?

I just spent half an hour looking for it. Looked in the pantry first (obviously), then all the cupboards, the fridge (of all places), the oven, even the laundry. Obviously, it was in the last place I looked, a drawer in the pantry that I never use to store the spaghetti.

This exercise got me thinking that this could be the basis for a humourous adventure. What’s the weirdest idea that you’ve ever had for an adventure?

well, a coder or a writer, being creative people, IS weird people by definition, so I’m sure this will became a major thread, perhaps leading to a WeirdComp…

but as weird idea for a general plot, aside recognised IF plots/plot devices like weird mansions (a staple of IF since Hollywood Hijinx), I consider weirdness a sound element of my favorite narrative & plot (knowledge and lore as “treasures” to be hunted) but I’m unsure if weirdness whose later in the story is discovered that make sense in the context of the story world counts in this context.

some of my eternal WIP I have can be considered highly weird (one actually has the PC being a member of a married lesbian triangle composed of an elf, a demon and an angel…)

This exercise got me thinking that this could be the basis for a humourous adventure.

Sounds a little bit like the plot to my friend Scott’s B-side filling game Raymond Pringle’s Quest for the Fabled Jar of Pickled Cabbage crossed with his game Aunt Velma is Coming to Tea (where you’re trying to find the lost key to the wardrobe that your aunt’s present is in).

I keep an ideas file. Some are weirder than others, some go weird and some weird ones go normal.

Anyway, here are 7 different, not all weird, ideas. 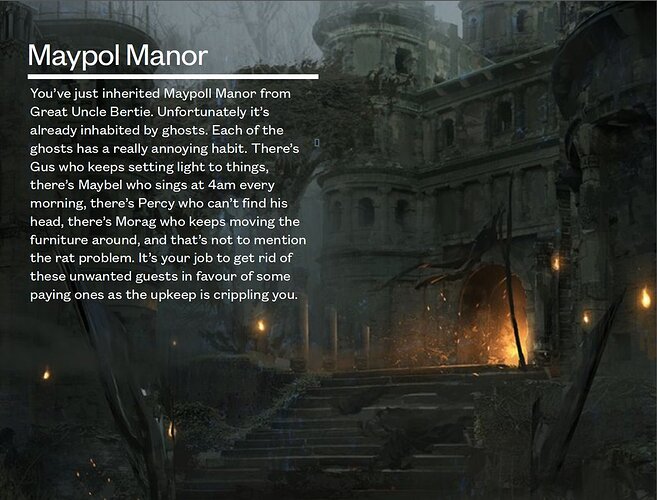 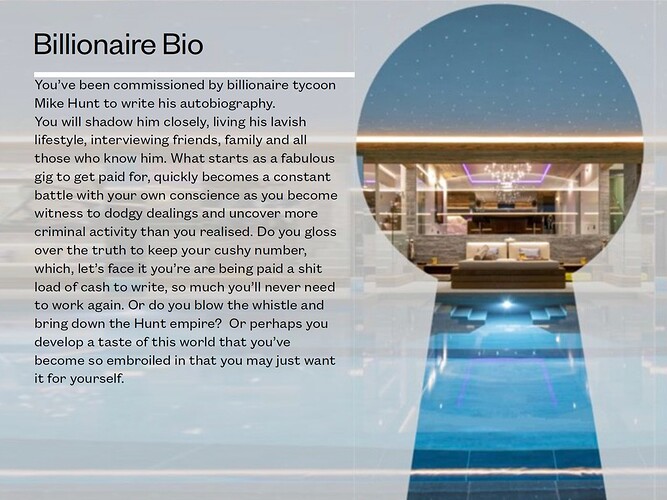 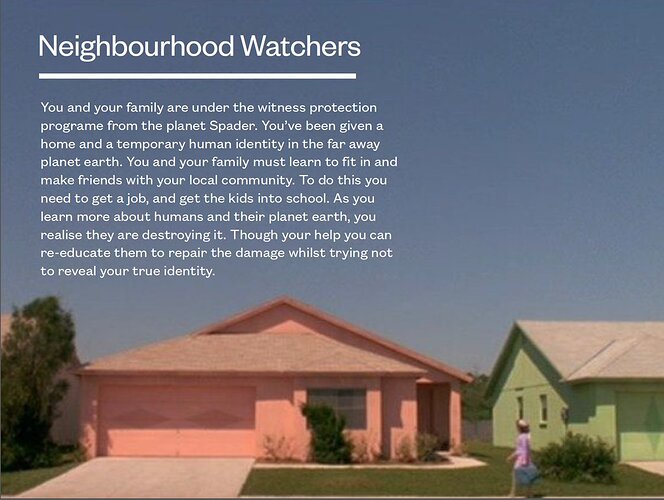 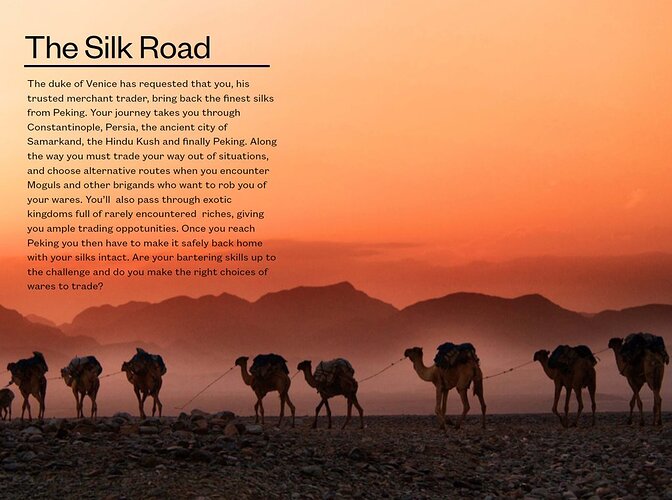 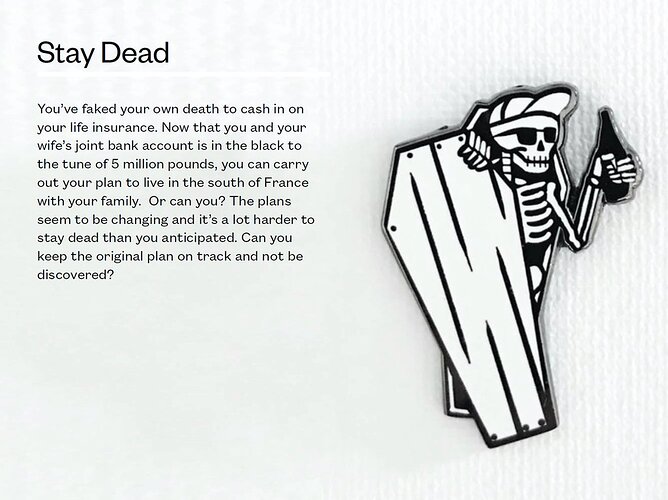 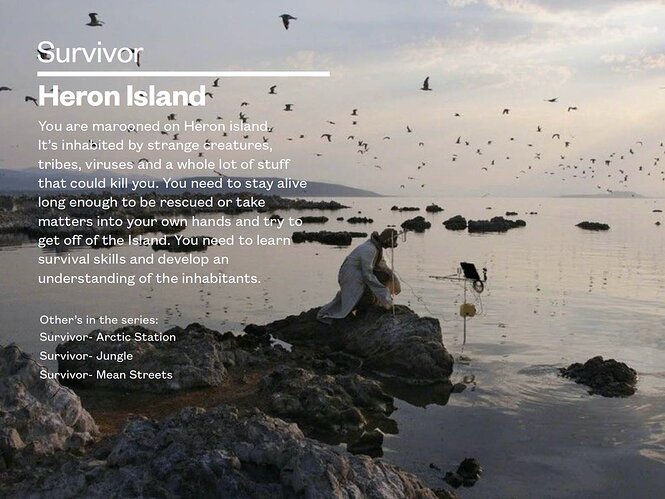 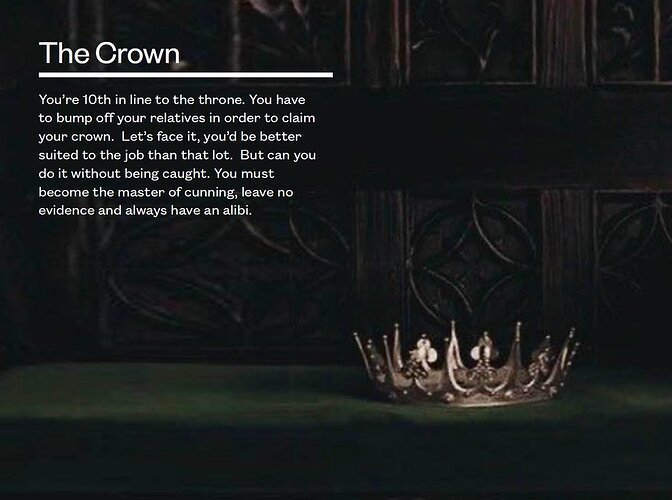 Wow. They are really polished for ideas, and some of them are not so weird. I particularly like the first one (Maypol Manor). That would make a good parser game. I imagine most of the others to be narrative games, but with a bit of work, they could work as parser games.

I would like to play several of these. I think I’d especially enjoy Neighbourhood Watchers.

Yeah, I’ve got a design almost 100% written that’s very similar to that; getting rid of unwanted people from a house, that I almost used for the Halloween game jam; although the set-up is very different and Halloween-related.

In the same folder is another “get rid of the humans” from the manor idea, done in more of a Rentaghost/Ghosts (tv series) style; from the ghost’s point of view.

The Stay Dead idea reminds of the real-life “canoe man” story that’s recently been turned into a TV series.

It sounds like the story: The Canterville Ghost, by Oscar Wilde. The ghost tries to get rid of the new owners.

I’m glad you like them. I put these together as part of brainstorming new ideas. I have a lot more, but not as picture cards. There are several that i like and the next step would be to develop the ideas a bit more into an actual plot.

I’m also interested in people’s feedback on the raw ideas themselves, because like always, some ideas are more attractive than others. I’d also welcome anyone who’d be interested in helping to develop these ideas.

the crown’s general plot (complotting against other people) look similiar to Varicella, or I’m wrong ?

Just one problem. Where the hell is the half packet of left-over spaghetti?

I just spent half an hour looking for it.

Not much use to you now, of course

but it is actually really easy to make your own pasta, and probably takes less time than hunting down some old dry stuff from the store. All you need is flour and an egg.

Not much use to you now, of course

but it is actually really easy to make your own pasta, and probably takes less time than hunting down some old dry stuff from the store. All you need is flour and an egg.

Ah, but to make decent pasta you’d need a pasta roller… Maybe that old clothes mangle in the shed will do… it’s just a shame it needs oiling… where’s the WD40 when you need it?

And you’ve got no eggs… However, your next door neighbour has a chicken… Can you get over the fence? How to make it lay an egg, though? Maybe scare it somehow? You know it doesn’t like dogs…

Karen Tyers did an adventure based on that…
https://solutionarchive.com/game/id%2C881/There's+a+Hole+in+Your+Bucket.html

Have you ever heard the song that starts “There’s a hole in the bucket, dear Liza, dear Liza

A timeless classic about the importance of tracking puzzle dependency!

For what it’s worth, variants of a last-place-you-look puzzle can be found in zarf’s Shade and in MTW’s Clusterflux.

And every time I think of last-place-you-look puzzles, I think of how Moon-Shaped changed a puzzle between versions 1 and 2 with the intention of making it easier to find something. Unfortunately, the old solution no longer works, which made me wish the author had adopted a “first-place-you-look” approach to that puzzle.

Karen Tyers did an adventure based on that…

Really? I had no idea. Thanks for the info. That’s another weird idea for the big round filing cabinet.

I personally prefer the presence of weird interactions when playing parser games, particularly trying out different objects on different locations and non player characters. While spending a lot of time on mechanisms like these end up with less time spent on the main game, this stuff is what makes the game fun in my opinion.

The weird ideas that I have implemented involve giving an atlas to a flat earth believer here, overcoming your fear of answering phone calls, and more recently escaping a time loop through starting a chain of events that lead to the destruction of a potato doom machine.

For years I’ve been considering an RPG-styled game where the “hole in the bucket” ends up consuming the entire narrative, in a huge shaggy-dog story.

It starts with your mom waking you up to milk the cow, but you don’t have a bucket, so you go to the tin smith, who says he’ll fix your bucket if you bring him a cask of wine, so you go to the tavern, where a mysterious stranger offers to trade you wine for a favor you can do him in a nearby cave, and so on and so on. The stakes get higher, you acquire weapons and armor, but you never actually complete any task you set out to do, because there’s always something else more pressing that you must do first.

Eventually you and your stalwart companions are standing outside the craggy, threatening castle of the evil demon-king whose rule threatens not only your kingdom but reality itself— and right outside is a friendly dairymaid who cheerfully gives you an extra bucket of milk. You receive one point for acquiring milk.

Now, if you want, you can backtrack all the way home and give the milk to your mom. Finally, we can have breakfast! The end!

(You can also enter the castle, defeat the evil emperor, see the denouement where all your companions reap the rewards of their struggle, and go back and fill all those holes in the buckets— but when you finally milk your own cow, your mom says ‘Yech! Her milk’s gone bad!’)

I’m building a pretty strange one right now. It’s about a cat that finds itself trapped inside a surrealistic maze of interconnected worlds. The player has to figure out what’s going on, and escape the maze.

Here’s a link to the current alpha build, it won’t be finished for months, and there’s not a lot there yet, but if anyone is curious they can check it out. and a quick clip of one the many sections we still haven’t added to the choice chain yet. I like a lot of the ideas posted above. Over at Save Point, we are always talking about that breaking bad episode “the fly”, where they get trapped the lab and spend an hour in mortal combat with a housefly. Or the Sopranos episode “Pine Barrens”. I like the concept that an epic story can zoom in at any time and make a sub adventure of some seemingly minor detail.