Late to the game but hoping to get through a few entries, writing reviews of each one. I’m very ill neurologically though, so can’t guarantee that I get through more than one entry!

I’m going to be lurching for whatever entries I feel like tackling if I’m well enough. Though it’s more likely I will plump for shorter entries.

I’m hoping to be constructive in my reviews, including making suggestions for areas that might be improved. I hope that the reviews will be of use to both authors and other judges.

Thief of the Thousand Suns by Dom Kaye

Ok this looks fun! A combination of interactive fiction and Shakespeare. I was a playtester for Jimmy Maher’s IF game The King of Shreds and Patches, and have an extremely soft spot for the Elizabethan period.

First impressions are very good, with the Dramatis Personae at the start. I tend not to try to remember things from these long lists, but it’s atmospheric and most intriguing. I also like how clicking on footnotes reveals that text at the bottom. As a Scot I am most curious about Grimm, an Albidosi barbarian.

One minor point: Elizabeth wouldn’t have used the regnal number I during this period. That wasn’t the practice in the English monarchy for the first of each number.

Moving into the story proper the writing is strong, as the characters are drawn into a treasure hunt. But I found it rather difficult to tell characters apart, and didn’t feel fully engaged in events. I think it might have been more engaging if I had been playing one of the characters directly, either Billy or Grimm.

As I say the writing is strong, but the problem I had was with interactivity. There are a number of places where you can control things, in particular a key puzzle later on. Though it isn’t always clear how to do this, with text options that you can cycle through before making a final selection. Until I realised this I was flailing around rather blindly in places. Against that there were long passages where I had no agency in the story.

I think a nice way things could be reworked would be to allow the player to explore the geography. This would be quite a lot of work for the author, but being given a route to follow at the start I would have been a bit happier choosing the steps followed, rather than having things play out on rails for me.

The story does go into some very interesting places though, and I really liked the way things went later, without giving any spoilers away (I sort of want to talk about this so much, but am keeping spoiler free!). It is also nicely emotive in that section.

I just wish things had been a bit more interactive throughout, and that I’d felt more involved in the story.

But it was a nice first play for me for this year’s competition. Thank you to the author!

As with some past work by the author this piece has an environmental message, about the benefits of eating insects.

The story is a short Twine based branching narrative, which is amusing, and encourages replays to explore the other options.

Best of all it encourages you to think about these things, while in my case anyway laughing a lot. Thanks to the author.

Also re one of the restaurant names, which prompted one of my biggest laughs, this is the name of a tune I am playing a lot at the moment on my accordion. Though I know it more from a certain Warner Bros Looney Tunes cartoon series! 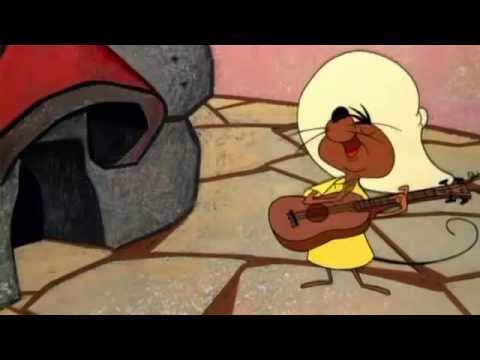 This is a choice based piece about a woman who walks away from a relationship, and goes on a bus trip to a desert commune.

Firstly I ran into a game killing bug. I’ve heard there are fixes to this, but I just played the current online version. I’d reached the point re the documentary “Farming in the Desert”, and unfortunately got to a state where there were no clickable links and the story stalled. I replayed several times, but couldn’t fix this. And I did not want to hack the code.

However I had enjoyed the writing up to this point. It’s quite thought provoking, especially as you observe the other travellers and characters on the journey with you. I was wondering about their stories, and touched by the brief glimpses of their lives.

If the author could upload a fixed version that would be great. I know that players have worked out how to fix the code, but again as I said I don’t want to edit that. But it is an encouraging piece, and I would recommend checking it out, even with that bug. Thanks.

This is a choice-based story of a student negotiating a family get together on New Year’s Eve. Somewhere you, the student, isn’t particularly keen to be, given your social anxiety.

It’s noted as short but I think this is a fairly long piece, with a lot of reading. I read quickly, and it still took me a fair while to play.

The story starts at 6pm and you then have lots of choices about how to occupy the hours until midnight. The writing is extremely strong, and I felt highly engaged throughout, very much getting into the character of the player character.

I really liked the use of Mandarin throughout - with translation - and the sense of the Chinese culture was strongly evoked. Really good stuff. Also the food scenes made me very hungry!

It’s a very emotive piece as well. Very nicely done. As someone with social anxiety I could relate a lot to the player character and the situations they found themselves in.

Thank you to the author for a strong piece of writing, which was very engaging and nicely interactive.

This is a parser adventure, reusing lots of ideas from Grimm’s Fairy Tales, as you are - or are you? - a prince setting off on a quest.

I’m not going to write too much about this, I don’t want to give away lots of spoilers. But in a nutshell I loved it. It’s very friendly for a parser piece, with good in game hints, and some very natural and magical mechanisms for helping you along.

I did struggle with the horse’s name, but I’m not very good at cryptic type puzzles, and think that could have been clued more. I got the answer from the walkthrough (thank you to the author for providing that in the download version). But that was a rare glitch in what was otherwise a lovely hour’s playing.

So many elements of Grimm’s Fairy Tales are used throughout. I kept using the GRIMM command to read about the fairy tales in use at a given point.

And the ending is magnificent. I replayed things quite a lot there to explore various options. It is a wonderful fairy tale inspired piece.

Really strong writing throughout, solid and user friendly implementation. Just lovely. A highly recommended piece for anyone to play. Many thanks to the author!

Thanks so much for playing and reviewing my game! If you have any ideas for how to clue the horse’s name better, please PM them to me and I’ll implement them for the post-comp version. I really appreciate you taking the time to write this lovely review.

ETA: I just reread this, and realized to my horror that it could be read as snarky, like “Well, if YOU have any good ideas, then by all means let me know what they are so I can cater to you.”
Ugh! I didn’t mean it that way at all. I had trouble cluing that puzzle, and there were some differing opinions among testers, and if anyone has any ideas for how to make it friendlier, I truly am all ears and would love input for the post-comp version. Sometimes you get caught in the echo chamber of your own writing and can’t see simple ways to improve puzzle design.

Afraid I’ve run out of time to play more entries. So I’ve just put in my ribbon nominations.

I would like to thank all entrants this year. I hope to play more entries after the competition closes. Thank you all!

Thanks so much for reviewing my little story