Trying to mark/highlight text in Sugarcube

I’m trying to make my story text stand out from its background, but feel as if I’m making it much harder than it needs to be.

What I want is to make a semi-transparent black box to sit underneath the text, as in the following example: 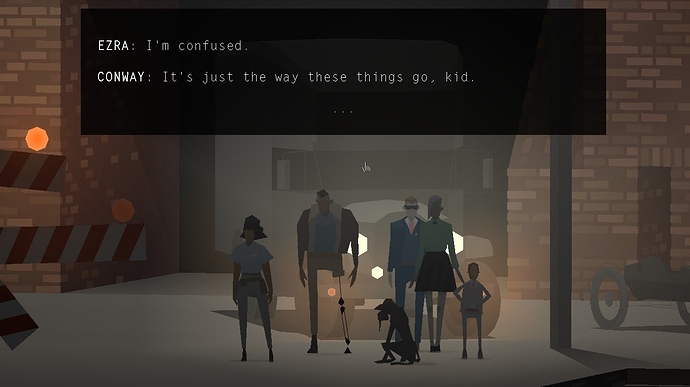 I’m still deciding whether or not to have one single box for the entire text in one passage or several. I’ve been using the following code in my story stylesheet:

And the following in the story passages:

The problem I’m having is that the closing div tag disappears when combined with if statements. I just feel as if there’s a much easier way to approach this and would appreciate any advice.

…and then change your CSS selector to something like…

So you could target the #passages identifier with your 'semi-transparentstyling and the.passageCSS class with your 'black' based styling. (you would likely need to adjust theheight` properties of each element)