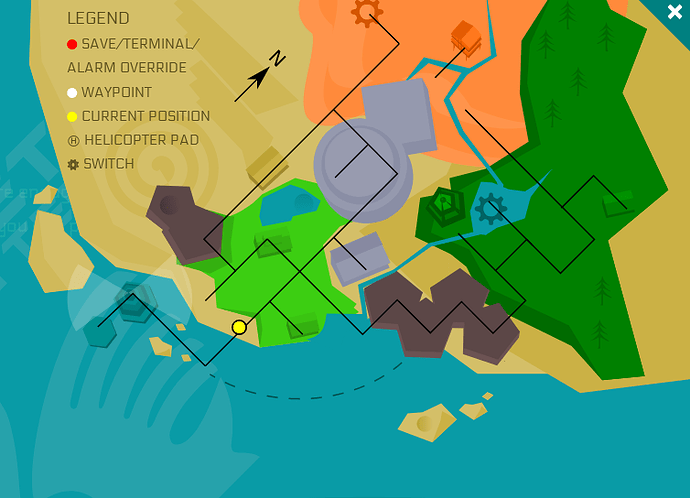 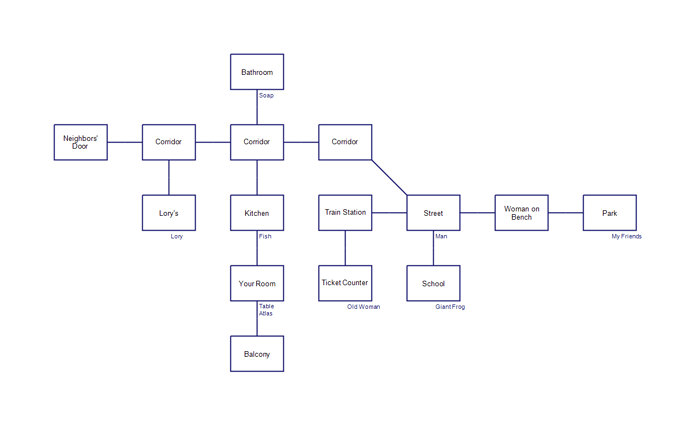 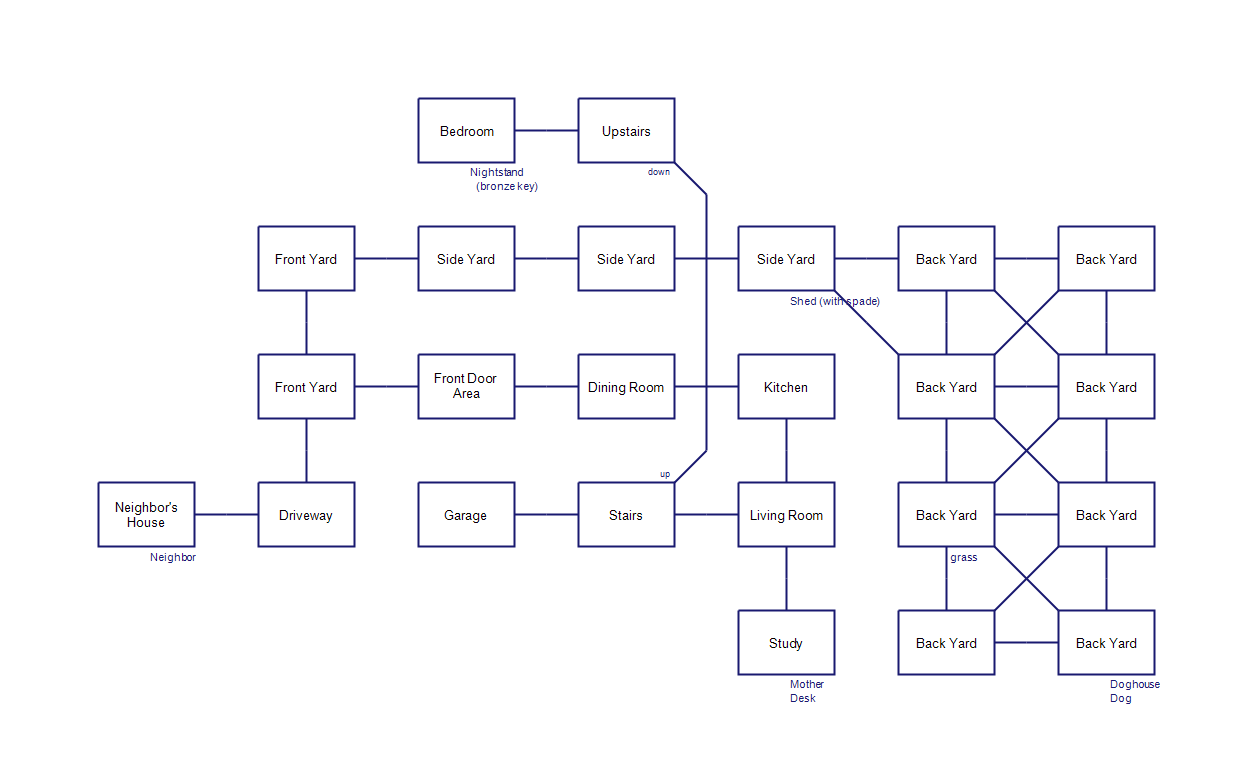 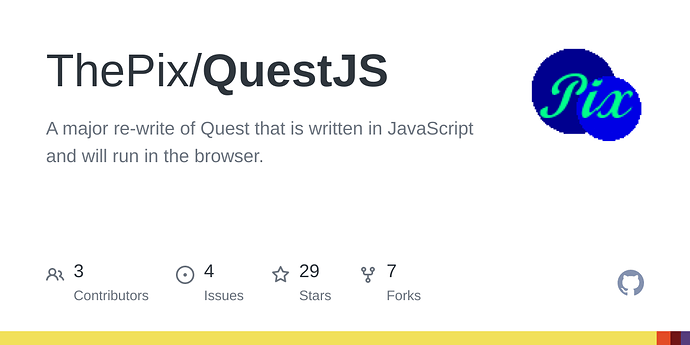 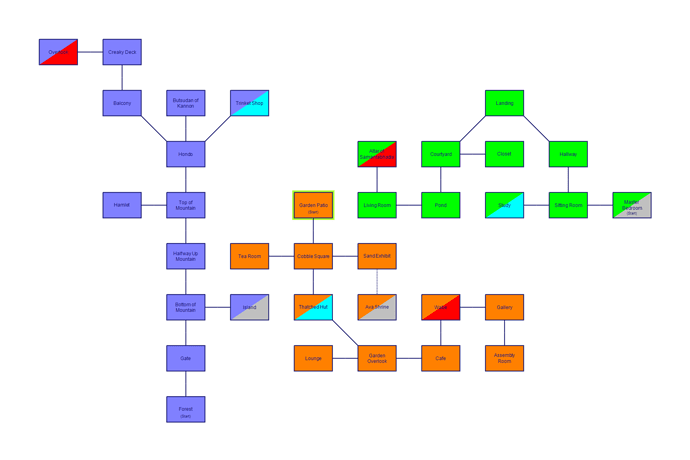 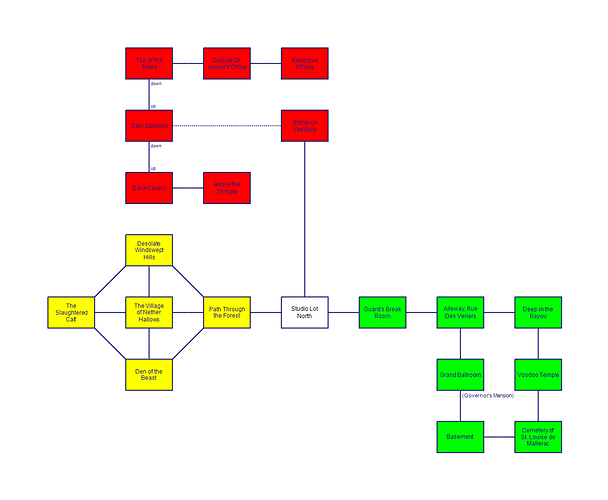 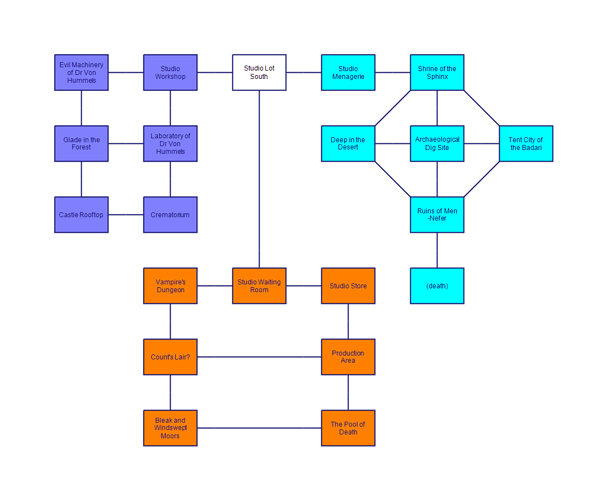 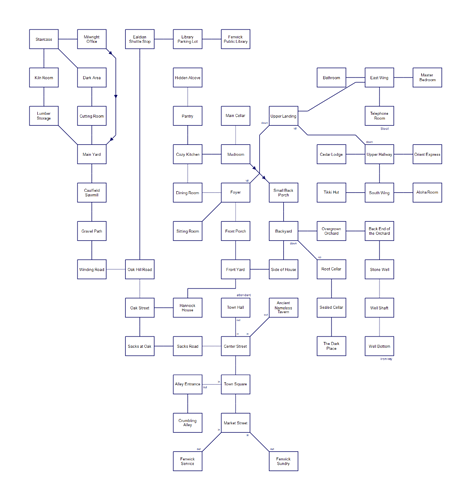 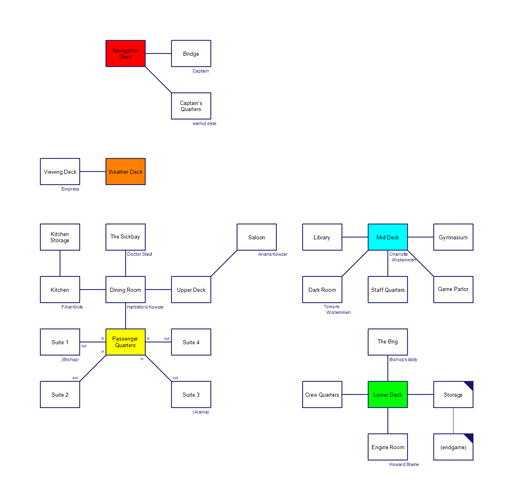 Silicon and Cells: the MUD area

This is pretty penny-ante as a map, though it’s a neat part of the game. You can probably find your way around yourself. But some people may not know there’s a MUD in the game, and if you’re worried it’s prohibitively complex … no, it is not. So for completion’s sake … 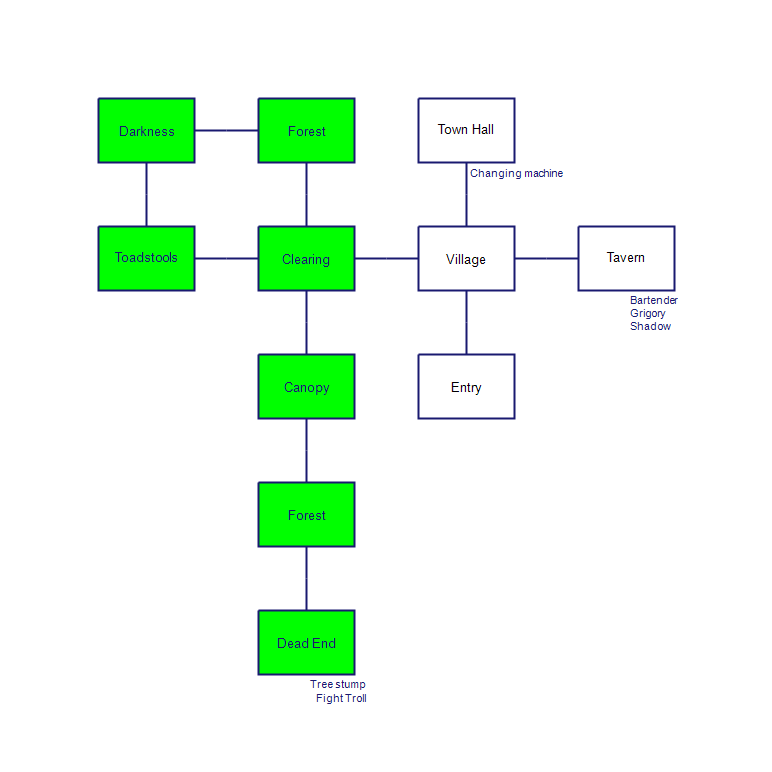 These were all the maps I was able to find, but if anyone has any requests (even for their own game,) I can try to make a few more, since I’ve gotten to all the reviews for the other entrants. It’s been fun seeing this topic get to almost 1000 views, even if it’s not a review topic, and I’m grateful for the outside contributions. 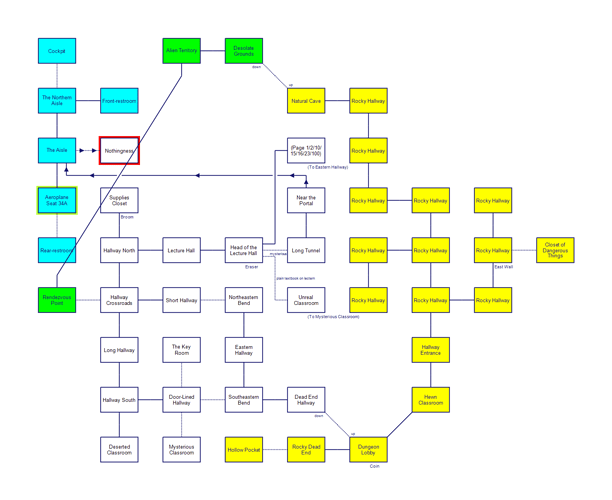