This is, quite mildly put, amazing 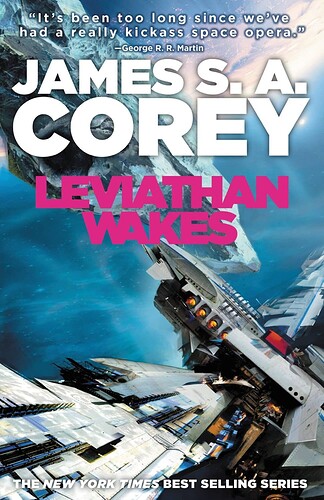 Cover image of Leviathan Wakes by James S. A. Corey973×1500 179 KB
I’ve watched the tv-series without realizing it were based on a book series. They are both great, and I really like seeing the same story unfold in two different mediums.
3 Likes
AmandaB November 18, 2021, 3:26pm #2

I need a good SciFi series right now, so jazzed to get a recommendation. For me, always books first, then TV.

What is this? For me using a screen reader it just says “imageimage”.

What is this? For me using a screen reader it just says “imageimage”. 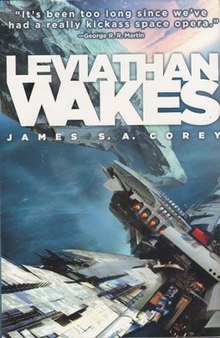 Leviathan Wakes is a science fiction novel by James S. A. Corey, the pen name of Daniel Abraham and Ty Franck. It is the first book in the Expanse series, followed by Caliban's War (2012), Abaddon's Gate (2013) and six other novels. Leviathan Wakes was nominated for the 2012 Hugo Award for Best Novel and the 2012 Locus Award for Best Science Fiction Novel. The novel was adapted for television in 2015 as the first season-and-a-half of The Expanse by Syfy. Five short stories that take place befo

I’ve been enjoying the Ty & That Guy video podcast as well, where Ty Franck & Wes Chatham discuss each episode in depth (and banter about favorite movies etc). https://tyandthatguy.com/

I’m sorry. I should have put the title and the author’s name in writing, instead of relying on the picture.