I’m building a sword & sorcery CYOA game and plan to submit it to ifcomp 2017.

The gimmick is that this is more of a simulation, on open world. I have written about the concept on this forum before if you want to know more.

The game is very short (15 minutes) but also somewhat hard to test because of the openness. I also predict some good old technical difficulties because in order to do what I want, I really had to build my own engine (including the natural language generation algorithm).

Thanks all, I think I have the testers I need at the moment.

Thanks! I’m quite proud of it myself

, even when it’s far from perfect. It was hard to build but without it, it was never clear that the outcome is random (random outcomes came as fast as non-random ones, because it takes a computer less than a microsecond to ‘throw dice’), so the procedural character of the game was lost to players. They just assumed all the text is hand-written.

That looks like an interesting game, a few things come to mind regarding the slots mechanic:

That looks like an interesting game, a few things come to mind regarding the slots mechanic:

I worked in a casino as a slot attendant for two years and watching the reels is part of the fun, and gets across that the rolls are actually happening. The example didn’t seem too long to me. A bit of moderate delay also builds in anticipation (“COME ON HEARTS!”) psychologically and raises the stakes.

The solution for electronic slots is there’s always a button to “interrupt” the spin and land it instantly if the player wants to play fast. Perhaps you could implement tapping the screen to stop the spin if the player decides, which also implements a bit of agency in the randomness.

(In casino slots, though, there is no actual skill involved in stopping the reels at a more opportune time–slots determine exactly what they’re going to pay next before you even spin.)

I’ve iterated through many versions of the slots (and even those came to me after a string of other ways to convey randomness). For example, at some point there was a version that let the player stop a hand travelling across a field of good and bad results. The hand was travelling fast and had inertia, so the outcome would be only partly skill. But I realized that could be infuriating for some, and too easy for others. So I went with just a “regular” slot machine.

I am on the verge on letting people skip the animation — as Billy says, watching the slots too often could be repetitive. But as HanonO says, there is a bit of a thrill when you’re forced to watch the whole thing (it’s 1-2 seconds anyway).

It’s a pretty simple change to make but at the moment I have bigger fish to fry to get the gamebook ready for IFcomp.

I agree, I need more topical icons. But again, that’s a polish thing that I defer to late september.

Do you plan on incorporating proficiencies into the game? How would that work? Would a character with a proficiency at a certain task get 1 automatic success out of the 5 slots checked? Would that character get a reroll on a failed result?

It’s already there. Each time you see a slot machine, it was set up (with the hearts / cross ratio) to give an exact probability of success. For example, if you get your opponent off balance, your next swing against him will be more likely to be successful. Another TODO item I have is to surface this better to the player.

Thanks everyone for the input!

The slots mechanic is a great idea and I believe that most people will share in HanonO’s evaluation of it.

Hi, as I try to finish up before IFCOMP, I could use another beta tester or two who have never seen the game before. Please PM me here if interested.

Thanks everyone on this thread for great discussion and support. I really appreciate it.

All these youngin’s…done with their games already and stuff! Ah youth!

filiph, I’d be interested in helping you playtest. Never touched the game before (indeed, this is my first post here). Can’t figure how to PM you through the forum, but I’ll send you a message via Twitter.

Hi all, I just wanted to thank you all for testing and feedback. I finished and submitted the game last night, and it feels great (after some 7 years of development and 5 pivots). It will be out with the rest of the ifcomp entries on Sunday.

Unfortunately not all of your suggestions got in — there just wasn’t enough time. But they are noted, and I will be going through them in the coming months (I want to create a sequel and with it, an updated version of this game).

The game is now called Insignificant Little Vermin. I think at least some of you tested it when it had the working title of Edgehead. 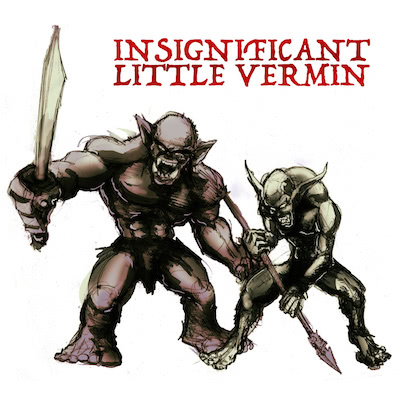 For those here with an entry this year: good luck!

Enjoy and thanks again!