Spatterlight 0.9.5 is released. The main news is the inclusion of an updated TaylorMade interpreter with support for the ZX Spectrum versions of the later Adventure International UK games.

For the first time ever, Temple of Terror is actually completable. 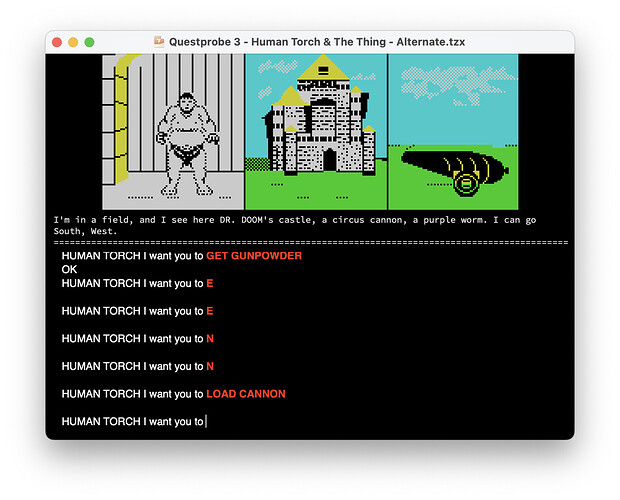 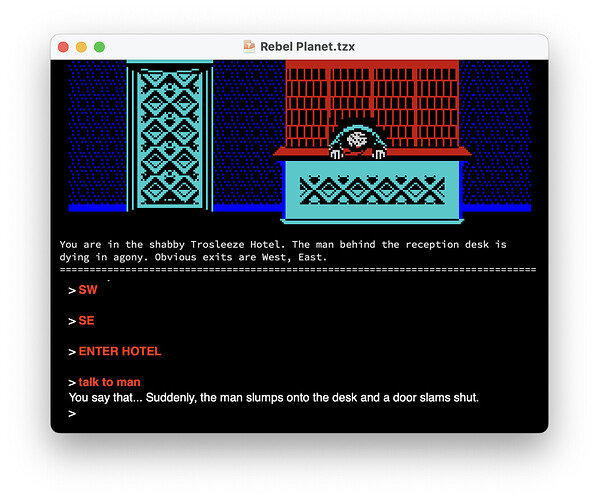 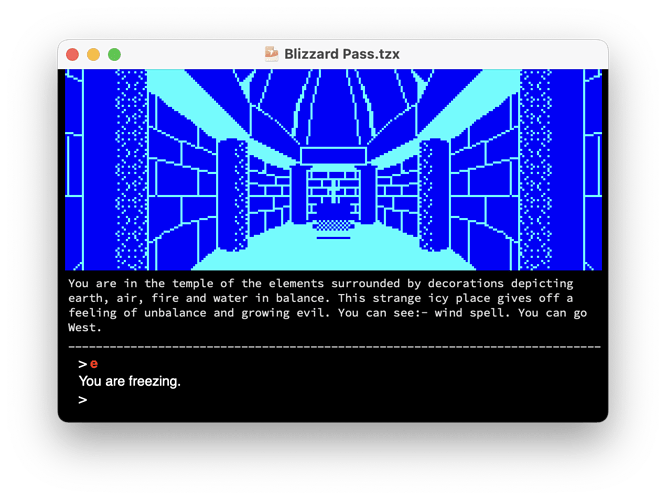 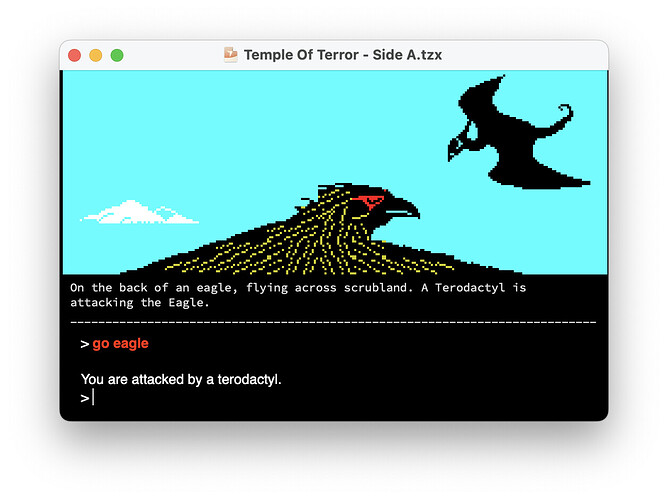 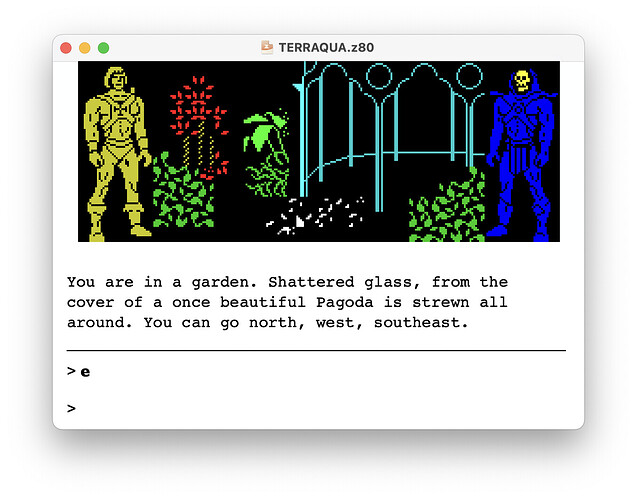 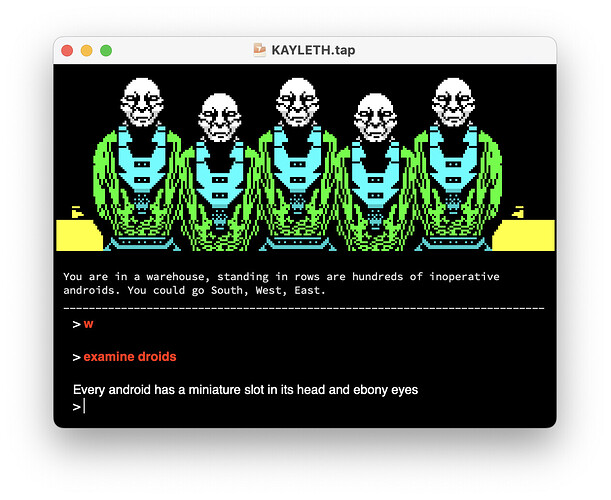 As posted in response to you on the Spectrum forum, I’ve literally just finished off some research in order to create a page of the IFWiki about the engine used to power these games…

It’s an engine that was originally developed to port Quilled games to the BBC Micro/Electron, subsequently iterated upon for various Melbourne House releases, and then licensed by Adventure Soft UK for their Human Torch & The Thing port; because they needed something that would match Scott Adams’ SAGA but still would run on cassette-based machines.

I’ve called it ‘Ashminster’ as ‘Ashminster Computing Ltd’ was Roger Taylor’s company. Taylormade is an okay term, but diminishes the fact that James Byrne was responsible for the initial code, and worked on many of these later releases.

That’s interesting. The binary format doesn’t seem that similar to the one used by The Quill. There is some overlap in the conditions and actions, but that is true of the ScottFree format as well.

Most of these games seem kind of rushed, with plenty of bugs (some of which are fixed in Spatterlight). It is obvious that much more time and energy was spent on the graphics than on testing and puzzle design.

I really enjoyed playing Kayleth as a kid, though.

That’s interesting. The binary format doesn’t seem that similar to the one used by The Quill. There is some overlap in the conditions and actions, but that is true of the ScottFree format as well.

At its core, James tells me it’s still the same system that he developed to enable Quilled game databases to be ported and played on the BBC Micro.

A lot of the British adventure systems share the same core DNA… Scott Adams’ Adventureland article inspired Ken Reed to write his seminal article in the August 1980 issue of Practical Computing… that inspired Trevor Toms’ ZX81 Book system, which directly influenced Sean Ellis when he produced the GAC… the article also seems to have influenced Artic Computing’s early games… Graeme Yeandle credits it for helping him develop The Quill which led to this Ashminster system and all the various Gilsoft-family systems, such as the PAW, SWAN and DAAD… etc. etc.

Yeah, these games should probably come with a “spelling mistakes” content warning.