Should I fix one last part of my old game? (spoilers for Erstwhile)

tl;dr: I want to change this one part of my 4-year-old game but I don’t know if it’s worth touching at this point

Something has bothered me about Erstwhile (my IFComp entry from 2018) for a long time. It was a common critique at the time of IFcomp 2018, and as friends and others have played it over the years, it feels like it’s only bothered people more as design sensibilities have changed.

The niggling bit that’s been bothering people, me included, has been that several clues are straight up not combineable with anything else. They hint at the second, deeper mystery that Marijke and I chose not to say explicitly (I took direct inspiration from Toby’s Nose for this) and we both felt it was thematically important to never have that mystery explicitly acknowledged or resolved in the game. However, the confusion of “this is totally not combineable seriously” being told by the unreliable narrator who is demonstrably unreliable about those clues in specific led to a lot of confusion.

I was struggling for a while to figure out what to do about this and keep the structural integrity of the game, but I idly looked at my private feedback from back then and realized that someone had suggested a perfect solution in the midst of the '18 competition itself.

(…) So, the one change I’d suggest is automatically moving all of those upon reading them to a separate category with a totally-not-suspicious name along the lines of “Stuff I Definitely Don’t Need to Consider” or something like that and make it impossible to link them or move them out of there. (But keep them readable, ofc.) I think that would correspond with the intent of how they were meant to be used better.

(by the way, if whoever gave this feedback wanted to reveal who they were here, I’d be very happy to find out!)

I do think this would resolve the issue quite neatly. The only thing is, this is a 4 year old game, 6 years really since we started writing it in 2016 or so. Is it worth touching it after this time? After people have played it and had this image in their minds of what it is? It’s pretty high up on the list of top Twine games on the IFDB, and I dunno, I worry I’d be messing with something good unnecessarily and should just let it rest in peace (pun intended), flaws and history and all.

What do you all think?

I think this a great change! People are definitely still playing it (saw it come up in a poll recently and got reviewed after, just last month), and I think this enhances the game quite a bit. I think most players only see the main mystery, so having this extra content would be great to have out in the e open, so to speak. Just my opinion.

Wait where is this review?

And yeah I have some mixed feelings about making the secondary mystery more in the open because I do like that people can just miss out on it, but if it helps people’s frustrations, I think it’s probably worth it? 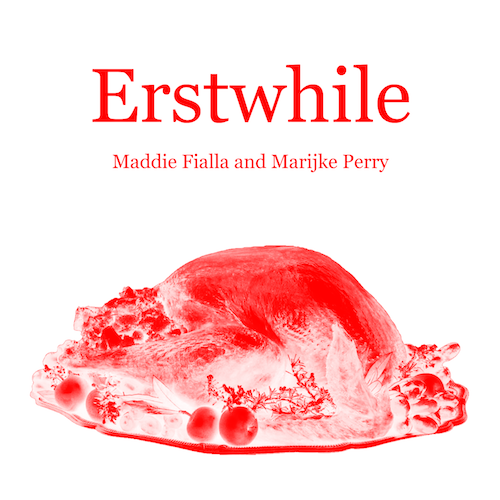 The neighborhood Thanksgiving party was going pretty well until you keeled over and died. Now you're a ghost, and you're going to figure out who killed you. But you can't exactly interview people or search for clues when you're dead, can you? All...

After some encouragement from folks I think I’m going to update it! I might also smooth out reading clues on the Clue screen, but we’ll see. Going to try my damndest not to update the actual text…

I’m gonna add it next to the competition version on the IFDB of course, I don’t want to erase the past or anything (I’m not Mort