Rambles in the Mammoth Cave: Copy & Paste IF

I often like to browse Project Gutenberg as a source for interesting descriptions. Last night I ran across, “Rambles in the Mammoth Cave, during the Year 1844” by Alexander Clark Bullitt. Reading it makes me feel like I am there, check this out:

At the place where our lamps were lighted, are to be seen the wooden pipes which conducted the water, as it fell from the ceiling, to the vats or saltpetre hoppers; and near this spot too, are interred the bones of a giant, of such vast size is the skeleton, at least of such portions of it as remain. With regard to this giant, or more properly skeleton, it may be well to state, that it was found by the saltpetre workers far within the Cave years ago, and was buried by their employer where it now lies, to quiet their superstitious fears, not however before it was bereft of its head by some fearless antiquary.

Proceeding onward about one-hundred feet, we reached a door, set in a rough stone wall, stretched across and completely blocking up the Cave; which was no sooner opened, than our lamps were extinguished by the violence of the wind rushing outwards. An accurate estimate of the external temperature, may at any time, be made, by noting the force of the wind as it blows inward or outward. When it is very warm without, the wind blows outwards with violence; but when cold, it blows inwards with proportionate force. The temperature of the Cave, (winter and summer,) is invariably the same—59° Fahrenheit; and its atmosphere is perfectly uniform, dry, and of most extraordinary salubrity.

This book is chock full of stuff like this. If you ever want inspiration for descriptions in your games, check out the ‘Geology’ bookshelf and/or make searches for all manner of good writing.

I think books from the 1800’s are great because the authors had to rely on textual descriptions–it wasn’t like they could whip out their phones and post to their blogs! 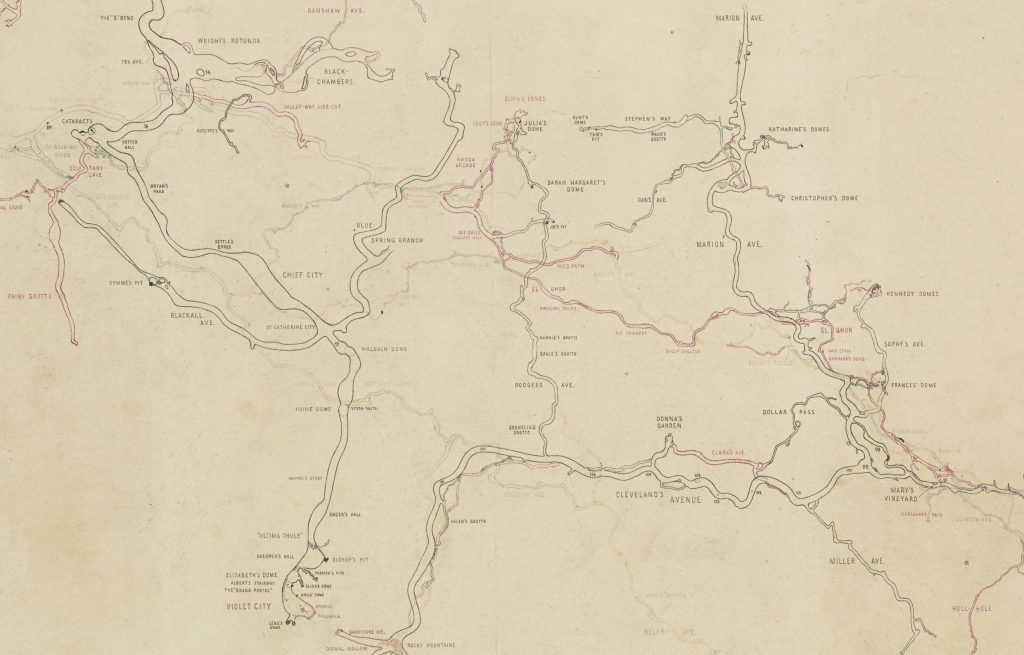 The Cave in that book are the Colossal one, as in Colossal Cave aka Adventure.

Oh, sure. I’m well aware that IF moves now beyond “cave stomps” like temporal IF, conversational IF, etc. I posted this as a) given my experience with modern technology available to everyone today (realistic modelling, Latent Dirichlet Allocation (a fancy phrase for topic modeling from a corpus of text), etc. we have far from exausted possibilities in this space.

The Cave in that book are the Colossal one, as in Colossal Cave aka Adventure.

Adventure was actually modeled on Bedquilt cave about 1.5 miles away though I see your point.

And that’s my point: I used this example to illustrate the idea that there is a lot to be found in writings prior to photography for inspiration.

I’m in a very unusual position by trade (Naval historian and political scientist) where I can assess both really complex technical pictures and the highest level of wording (pls no joking on politico’s talking: I’m working around writings of Statesman and Politicians…) so, I fully see your point.