I’m not saying that CDs were absolutely safe (they were not; bonus points to whoever can name the biggest scandal for this).

Sony did a rootkit on their CD. I never bought anything from them again since then.

Also, Hasbro/WOTC is trying to eliminate OGL. The terms for OGL1.1 is that they can change it to whatever with 30 days notice. What kind of deal is that?

DV: I’m altering the deal. Pray that I don’t alter it any further.

Sony did a rootkit on their CD. I never bought anything from them again since then.

Same here, but I did relent once and bought a pair of their headphones my son really wanted. At least they were cheap ones…

Sony did a rootkit on their CD.

I’m not aware of any read-only-by-default USB sticks - they were designed initially for people to transfer data, which requires read/write access - which doesn’t help with the trust element. An indie supplier could probably develop the degree of trust required if they had shown already that they were reliable.

USB provides power, so read-write in the “legit” data path is only part of the potential threat. You can build a USB thumb drive that has onboard wifi, a camera, and microphone and is powered over the USB connection, for example.

Hibernated is a nice example with distinct Infocom feel:
Hibernated at PolyPlay store

Sony did a rootkit on their CD.

To elaborate, some years ago they put a data track on their audio CDs with an autorun that immediately, silently installed a rootkit before you could even see any EULA to disagree with, and broke certain MP3 encoders when found so your rips would be garbage. Of course, that also meant legitimate productions would end up garbage.

Is that even legal?

Very no. That’s why they stopped doing it.

I had no idea WotC were screwing over people with the OGL as of late. Well, goodbye D&D beyond. Anyone know if Paizo has released Pathfinder Nexus yet?

I had no idea WotC were screwing over people with the OGL as of late.

Not to get entirely off-topic, but they’ve been backpeddling and now have an OGL 1.2 draft posted. Read up on the current status before you make decisions.

Hmmm…
E: I am now the sole arbiter of good and evil!
DV: If they can be turned…
E: I have foreseen it!
DV: They will join us or die!

Normally, arbitration process involves a neutral third party to be fair. Certainly, the decision of morality shouldn’t be left with for-profit entity with conflict of interest?

If you wanted your feelies to be things like specialized puzzle coffee cups and coasters and wall clocks and shower curtains you can create them for free on RedBubble and similar sites.

Doing a “real-world” edition with physical feelies isn’t something most people are going to want to tackle nowadays I think, due to costs and logistics. But I do have some recent experience with this I can share.

For my forthcoming PunyInform game (just wrapped beta testing, yay!) I have assembled some physical editions which include a complete set of feelies. But the goal wasn’t to make copies to sell – let’s face it, if Zarf’s audience doesn’t make it feasible what sense would it make for the rest of us? Rather, the copies I’ve made are for me and my beta testers to have keepsakes, and also to distribute to some friends. That made the feelies project worthwhile and lots of fun.

I am lucky that I could call in some favours for the printing, so I didn’t have to spend $1,000 to produce a small number of copies of the game. But I did have to give a lot of thought to what would be feasible to send by post, especially since I’ll be sending them to beta testers who live all around the world.

Something like a coffee cup would introduce packaging and shipping size issues that would have greatly inflated the cost. So I focused strictly on “skinny” feelies, with the specific goal that the final package could be sent in a bubble mailer envelope.

The feelies I made include postcards, a bookmark, letters, a fold-out map, etc. Since the game is very much an old-school offering (it’s an Apple II game, though also includes the raw .z3 file) I opted for packaging in a baggie rather than a box, which also massively reduced costs. The only “thick” items are an enamel pin and a tiny usb thumb drive printed to look like a 5-1/4 floppy disk, so everything still fits neatly into letter mail options.

The feelies are used to solve some in-game puzzles, so the restriction on the kinds of items I could work with also helped inform (ha) some of the game choices too. It was all made easier because the game itself is about attending a retro-computing event (essentially, KansasFest) so it made sense for the player to receive a welcome package with an event guide etc. I’m not sure what I would have done for a game with a more esoteric setting.

Anyway, if someone is going to produce a game with real-world feelies, I would urge you to think backward from your final shipping size first, along with making a list of the people and materials you can draw upon to reduce or eliminate costs. Like, if I had a friend with a button making machine then my game’s feelies would have included a button. But I don’t, so it didn’t.

All of which was a long way of saying, if anyone out there has a button making machine, would you like to be my friend?

That’s a brilliant way of rewarding your beta testers. I like it.

Something like a coffee cup would introduce packaging and shipping size issues that would have greatly inflated the cost. So I focused strictly on “skinny” feelies, with the specific goal that the final package could be sent in a bubble mailer envelope.

Yeah, not a feelie package, but I when I wrote RSPM I had imagined this very specific coffee cup and then decided I wanted one in real life. I created it on RedBubble which was free, and it’s “create on demand” so I bought one for myself and a few people as gifts. Maybe not so much feelies but a “promotional” item perhaps? 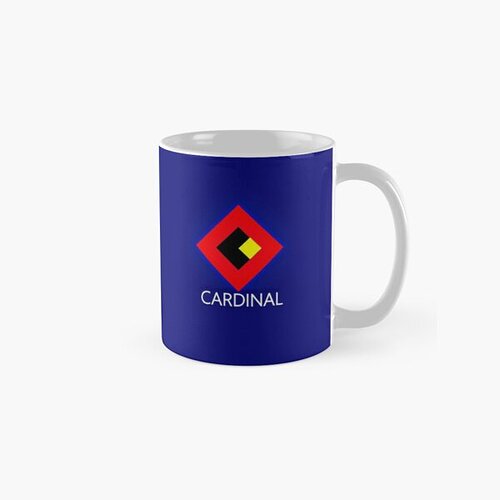 The Cardinal Corporation is proud to offer its stunning "Associates Only!" merchandise to the general FreePublic at-large! Our handsome official Coffee Mug is our most popular item for its many uses: Put your coffee in it! Drink coffee out of it!...

I really love how you can create your item and they cobble it into automatic promotional images, like your cup exists immediately in offices next to plants, on someone’s kitchen shelf… Your shirt is worn by all the models…