Is there more to registering than just joining the jam?

I’m not involved with running Parsercomp nor have any say, but just to chime in, we might (per usual) be getting wrapped up in the letter of the law rather than the intention. Parsercomp is intended for parser games. While there are technical specifications

as long as the main game mechanic is text input, parsing, and text output and the game can’t be traversed purely by clicking on pre-defined choices to advance through passages of text.

and since Parsercomp isn’t high-stakes and is more of a showcase for the parser format, it might seem a good venue for innovation. If someone could use Twine and fool players well enough into thinking they are playing a pure parser game, that might be a good reason for an entry.

I say this since Gruescript allows clicking and typing but may not technically be a full blown parser, and because Dialog - which is a bona-fide parser - allows the author to create a game that can be clicked all the way through and does still parse the input.

I know the main intention is to encourage old-school parser games, but it could also be a good showcase for how the parser style and feel can be implemented in any manner and potentially modernized. It would make sense that the voters ultimately would decide if something is “not parser enough”.

I’m not in charge of course, but I wanted to bring up that possibility!
[steps off soapbox]

I know the main intention is to encourage old-school parser games, but it could also be a good showcase for how the parser style and feel can be implemented in any manner and potentially modernized. It would make sense that the voters ultimately would decide if something is “not parser enough”.

I’d certainly agree with that.

If someone could use Twine and fool players well enough into thinking they are playing a pure parser game, that might be a good reason for an entry.

So, like if someone build an on-screen keyboard using hypertext links, and build up words, auto-correct style, to enter the parser commands? I suppose that does look like a parser, but internally, it’s Twine.

Not that it’s doable by hand, mind you, but someone may have the bright idea of automating such process.

I’m glad I’m not the comp organizer, that I don’t have to worry about such thing!

Seriously, if someone wants to build a parser-style Chinese Room that looks and behaves just like a parser engine but is really Twine beneath then they’re welcome to do so. But one wonders why they’d go to the effort rather than just using a parser engine…

So, like if someone build an on-screen keyboard using hypertext links, and build up words, auto-correct style, to enter the parser commands? I suppose that does look like a parser, but internally, it’s Twine.

Correct. If someone built a “parser simulator” plugin for Twine, I think Parsercomp could potentially provide a good showcase for it.

Because it’s HTML! The richness of the web media! One may even includes WebGL technology for fun display. And besides, Twine is much easier to use than Inform, right?

Either that, or build your own parser program from scratch.

Hello! I have a game in the beta testing stage at the moment and I was hoping to submit it as an entry-- however, after reading the rules, I am still not entirely certain if that would be possible. My game is set in the world of the 1966 Batman TV series, which is obviously owned by DC, so would it be acceptable within copyright restrictions? I wouldn’t think so from the rules, but I heard that a game based on a nickelodeon series was accepted, so I was thinking that the same standards might apply here.

My reading of the rules is that that would be allowed, so long as you’re not using an excessive amount of material taken directly from the tv show (still images, exact lines from scripts, etc.). Here’s the rule:

“Entries must not use others’ copyright assets (including text, sounds and images) unless under Fair Use or with the express permission of the copyright holder.”

What you’re talking about would be a derivative work - like, making a new work with the same characters and setting as the copyrighted work - not republishing copyrighted material, so it should be ok under the ParserComp rules.

Of course, under US copyright law making derivative works is exclusively the right of the copyright holder - I assume this is the reason for the subsequent sentence about ParserComp not being a responsible party in any copyright infringement actions - but this is the case with all fan fiction, so unless Warner Brothers has been incredibly litigious about Batman fan fiction I suspect you’d be fine.

(Inevitable disclaimer: I have a JD but I’m not a specialist in this area of the law and this is not legal advice!)

My game is set in the world of the 1966 Batman TV series, which is obviously owned by DC

Well, we’ve put a Fair Use clause and a disclaimer, in the rules - so that means that, as fan fiction, you’ll probably be fine (especially since the games can’t be monetised at all - also in the rules). But, if DC have nothing better to do than sue you, we disclaim liability!

[if any lawyers on here want to comment, please do!]

Thanks for the feedback (to both of you); I’ve seen plenty of fanfiction of all kinds in games, so I agree that it would probably be fine. I’ll have to consider it further before submitting it, but thanks again for the help!

Just a note here, that we also have to consider jurisdiction. The one I have in mind is that European laws may not coincide with US laws. It may be legal in US, but not elsewhere. But I’m not a lawyer, so I don’t know.

In the US fan fiction written using the world of an IP is permitted so long as copyright is not violated (you can’t lift any dialogue, prose, or exact scenarios from existing shows or movies or written works that carries a copyright) and your work is not for commercial purposes.

Here’s a site about writing a fan fiction disclaimer that might explain a bit better. 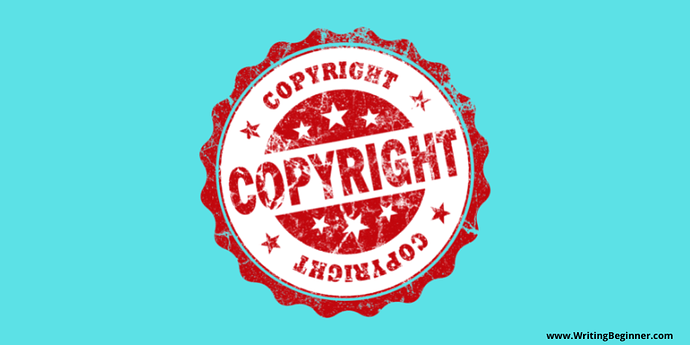 How To Write a Disclaimer in Fanfiction (With Examples) - Writing Beginner

I believe a direct parody can go even further than that, since it needs to use the original scenarios and characters to properly mock them. It doesn’t sound like this applies in this particular case, but it may be worth a mention that a parody appears to give the most clear-cut protection when utilizing other peoples’ copyrighted material. Yankovic can attest to that.

By the way I want to welcome pinkunz to the forum. Are you the same pinkunz playing at IFMUD?

I like… enjoy Parsercomp so there will be a lot of good parser games to play.
Parser or not parser, that is the question. I can go at work by truck, but I think that it would be a better idea going by car. So, I can develop a game in Basic, Fortran, even Excel, but is that game a parsed based one?

Finally I want to ask for downloadable games. There are some “gamers on the go”, such as me, walking between the shadows and spots of internet connection most of the time.

I think it’s absolutely the right call to allow Gruescript games in ParserComp, but I’m also fascinated by the implications.

In an important sense, Gruescript games aren’t “parsing.” They’re not analyzing text into its component parts. You’re “just” clicking buttons to construct a command; I don’t think it’s possible to construct an “invalid sentence” in a Gruescript game, as it is trivially easy to do in any Inform game.

I suspect that there’s no fundamental interaction difference between Gruescript and Texture. I think it would be straightforward hard work to translate The Party Line (Robin’s sample Gruescript game) or Detectiveland (Robin’s IFComp-winning game in Versificator, the predecessor to Gruescript) into Texture.

But almost all of the top-ranked Texture games are puzzleless. Many of them are explorative poetry (like silences or Endure), or contain only “reflective” choices with no impact on the plot. Unlike other choice-based games, most of them aren’t even branchy enough to have multiple endings.

I’d feel downright uncomfy if someone tried to pass off The Queen’s Menagerie as a “parser” game.

And, truth be told, I think porting any of those games to Gruescript would ruin them. The feeling of The Queen’s Menagerie inherently depends on how it feels to press down on a piece of meat and drag it over to an animal, to slow down as you have to hover precisely over the “tiger” and let go to feed it.

If I were to speculate about precisely why this is, I think it’s because Gruescript games are meant to participate in a legacy of “text adventures.” (Even the name “Gruescript” is meant to evoke Zork.) In Gruescript games, you explore rooms, pick up inventory, and solve puzzles.

You could explore rooms, pick up inventory, and solve puzzles in a Texture game, but it’s actually a bit of a hassle to drag stuff around, to explore your options by picking up options from the bottom of the screen and dropping them, etc.

Perhaps the overall point here is that “ParserComp,” despite the name, isn’t about the parser, but about the idea of being a “text adventure,” a game in the tradition and legacy of Adventure.

Thank you for the warm welcome. I am the same Pinkunz on ifMUD. I’ve been a part of ifMUD for a little over three years now, but I hadn’t taken the time to join intfiction.org other than reading the occasional linked post. This topic was the most recent time I’ve been sent here, so I figured it was past time to join.

Finally I want to ask for downloadable games. There are some “gamers on the go”, such as me, walking between the shadows and spots of internet connection most of the time.

Yes, we do ask for that in the rules [14]. Not always possible to provide an offline version, but strongly encouraged if it can be done.