I think arguments can be made both ways. The web certainly reaches more people more easily, but can also be used to withhold autonomy.

WebAssembly is interesting and even somewhat fun from a technical standpoint, but taken as a whole the Web is an abysmal failure when it comes to freedom, privacy, or even sane standards. WebAssembly makes some of that even worse.

I hear you on all those points.

My own approach has been to create a no-JS system which can be played locally or remotely: 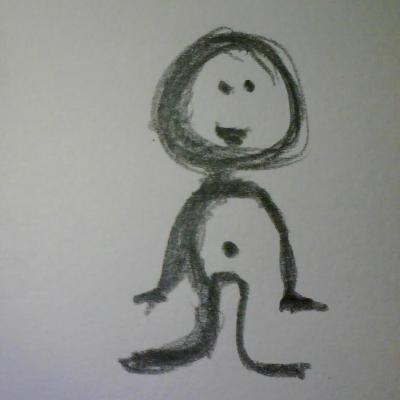 An Interactive Story. This is a technical demo and teaching example for turberfield-catchphrase library. - tundish/tea-and-sympathy

So, to play it on your own you have to launch a local server. But I see this as a stepping stone to get more authors into running servers.

Cool. Python’s been on my radar to learn for some time, but I haven’t gotten around to it yet.

I think Microsoft should not be allowed to name their own products.

What do you mean? It’s all very clear.

As you can see, it’s all very consumer friendly in its naming choices.

And yes, this entire post is sarcasm even though the information is accurate.

Which browser is the best, the one on the PS4 or on the X-Box-waddever?

Woo. That’s a tough call. I haven’t used an MS console since the 360, but the 360 browser was fairly capable while the PS3 and PS4 browsers run like absolute garbage.

It boggles my mind how the PS4 can run Spider-Man at 60fps, yet it can’t run a simple web browser or even its own digital store front without lagging, freezing, and crashing to the desktop.

Seriously, they must have taken a lot of effort to disable that without borking anything else.

Which browser is the best, the one on the PS4 or on the X-Box-waddever?

Gah, I wouldn’t touch either of them with a 10 foot pole.

I’ll tolerate Firefox on Linux, but even it is a little too data-slurpy for my tastes. Chrome and others (Chromium based) are a flat-out “NO WAY”.

What gets me about the PS4 is that every now and then in the store or even in a game they’ll have an option to see more information on something, and when you click it, it’ll launch the page in the browser unexpectedly. It’s like “Noooo! You tricked me!” It reminds of the old days where PDFs were hidden in Google searches like landmines waiting to freeze up your browser and/or launch Adobe.

It also has really odd region support. Games are region free unless a developer chooses otherwise (almost none of them do). Blu-ray movie regions for the US and Asia overlap, but not DVD regions. This is due to the blu-ray and DVD standards (although I think Sony developed both?), but what is weird is that PS4 lets you change you DVD region to whatever you want, but you can only do it 4 times and then it’s locked in permanently until you do a factory reset. Why 4 times? That’s so strange.

I’m have been trying the “brave” browser for a week or so. It seems to have a lot of privacy features. I used to use Chromium but it is a “gold plated” track everything you so.

One of my sons is and Xbox and the other is a PS4 waiting for the PS5.

The only reason I want the X Box X is for Flight Sim. I played the original Sublogic FS1 on a RS Model 1 back in the day. Naturally, MS bought them out.

PS. Apple is no better with names: iPhoone XS…

I’m have been trying the “brave” browser for a week or so. It seems to have a lot of privacy features. I used to use Chromium but it is a “gold plated” track everything you so.

Unfortunately Brave is based on Chromium too.

Also, some of their fundraising through the browser has been quite shady in the past…enough times that it doesn’t seem accidental.

I played the original Sublogic FS1 on a RS Model 1

My first was Sublogic Flight Simulator II on my Commodore.

I didn’t know Brave was Chromium based. I have also seen some shady advertising but I managed to turn off the advertising.

I will look further.

I’ve never been a brand loyalist. I just go wherever the games/apps are. It usually is Sony, but 360 actually had some exclusives I wanted and tended to run cross platform games better than PS3, so I got both.

The majority of big releases (even Japanese ones) get PC releases these days, so I’ve been slowly migrating to being a PC gamer instead.

Yes, and isn’t that interesting.

No real Christmas titles for any consoles but CyberPunk 2077 which was recalled.
I think it’s important to consider the cultural necessity of caring for the small-time folk-art home-brew games again.

My youngest son (30 btw) says a PC is the only way to go. But a good gaming PC is a lot more than $500 for an MS Xbox X. For me it will be a single purpose console for FS.

PS. I have a Nintendo Switch most for Mario and a couple of “text” centric games, mostly L. A. Noire.

PS4 lets you change you DVD region to whatever you want, but you can only do it 4 times and then it’s locked in permanently until you do a factory reset. Why 4 times? That’s so strange.

DVD players have pretty much always had limited numbers of region changes. The exact number and method varies a bit between platforms and whether it is in software vs. hardware, but for the most part it is a compromise to allow people to buy drives from anywhere, while allowing content companies to artificially price-fix discs in different markets. It is a particularly mean-spirited form of DRM.