I am brand new to playing IF in the modern age, so I hope my question is not too daft and that I am posting in the right forum.

I wanted to know if it is possible to open Magnetic Scrolls (The Pawn, etc…) story files in the iOS version of Frotz? I haven’t had much luck with that. If not, is there an interpreter that allows you to replay these oldies on an iPad?

I do not see an iOS Magnetic Scrolls interpreter mentioned anywhere. (On the App Store or off of it.)

Theoretically, you might be able to install Java on iOS, but only if it’s jailbroken. And if that succeeds, then theoretically, you might be able to get a Java-based Magnetic Scrolls interpreter to work, like JMagnetic. I have never tried either of these things in practice, however. Even if they worked, I would expect the performance to be not great.

Thanks for the answers! I had the silly hope of getting it to work under Frotz, as file names seemed reasonably close (Frotz requires .z8 and my The Pawn story file is .z80). I guess I’ll have to settle to play The Pawn on the computer and Frotz and Lost Tales of Infocom on iOS.

It was certainly not an irrational assumption, but FYI, Z8 is the latest in a series of virtual ‘z-machine’ game software formats, whereas Z80 was an unrelated type of real hardware microprocessor that just happened to also have a ‘Z’ in it.

EDITED TO ADD: There are no z-machines above ‘Z8’. At least, no ‘official’ Infocom-related ones. I have read about people working on their own homebrew z-machines, but modern Inform games often leave the whole z-machine behind and opt for the greatly expanded Glulx virtual machine instead, which is also supported by iOS Frotz. (But not by Frotz for other platforms. Far as I know iOS Frotz is the only Frotz that supports the Glulx machine as well as the z-machine, but I could be out of date on this.)

Currently iOS Frotz only reads ZMachine and Glulx games, i.e., z1-8 (although a .z1 game might have to be renamed to .z3; Mr. Smith forgot to support the extension .z1

), .zblorb, .ulx and .gblorb. The maintainer of iOS Frotz has mentioned that he does, at one point, intend to expand it to allow for TADS and possibly Magnetic Scrolls, but that’d be a ways in the future still, since he still has to iron out some kinks with Glulx support (namely, hyperlinks are somewhat broken and there is no music).

And as Laroquod said, I’m afraid the similarities in the extension are just that, superficial similarities.

The .z80 file you have is probably a Spectrum game file, for which you’d need a Spectrum emulator. A .z1-8 file is a ZMachine file, which requires a ZMachine emulator/interpreter.

Now… there ARE posts out there about using the paid version of Spectaculator to play Spectrum game on iPad/iPhone/iPod Touch. I’m not sure they require a jailbroken device, maybe they just require a program that allows you access to the inner workings of the app, like DiskAid. You might wish to investigate that. Spectaculator Pro is by itself an app that comes with a few Spectrum games; you might be able to include your own Spectrum files into the app.

Great thanks to both of you. Although it was not in my original question, your answers have shed some much needed light on the different formats going around, and that is a great help considering how cryptic these names are. (Seriously? zblorb AND gblorb??)

Indeed, my file comes from the old Spectrum version of The Pawn, and I had thought .z8 were just a truncated name for such files. Spectaculator seems to hold some promise, as I have found a tutorial for uploading z80 game files to that emulator. I’ll certainly come back here with a post if I can get it to work.

When I first came up with this stuff, I wanted all blorb files to use “.blorb”. Filesystems were getting smarter; early builds of MacOS X could associate a file with an application by means of a metadata MIME type, rather than the filename. I figured that was the way OSes were going, so it was reasonable to ask Z-code and Glulx interpreters to share the .blorb suffix and handle the difference in metadata.

OSes didn’t go that way. MacOS dropped the idea of relying on MIME types – or rather, deemphasized it to the point where nobody bothers, as far as I know. Windows was still breathless about the idea of more-than-three-letter filename suffixes, and Linux (as usual) tried every different idea at once without enough momentum for any of them to become “the way Linux works”.

And lo, I said “Fine, use .zblorb and .gblorb and we’ll live with it.”

Alfy, the nonsense words are a nostalgic fetish. One that I kind of enjoy, although sometimes it seems like every single tool or app in interactive fiction is named after a nonsense word that sounds like it came from (or actually did come from) Infocom’s Enchanter series of games. (e.g. Frotz, blorb, and Glulx.) I rarely think about how unfriendly to outsiders or IF newbies this makes many of these tools seem.

I had not realized you were the source of these names!

But I have to say I was just as amused as be bemused: having not played either of the Enchanter’s games yet, the extension lexicon sounded very much like an extra-terrestrial zoo…

After some research, it seems Speculator is the way to go, although it requires a little bit of work. I’ll try it out in the next couple of days.

I would be extremely interested in the results you get. I got nowhere using the LITE version of the app and an unregistered copy of DiskAid - I was unable to access key files and directories, but don’t know whether that’s because of the programs I’m using or the fact they’re unregistered. I’m also not using a jailbroken device.

I recently stumbled across this old thread whilst I was also searching for a way to play Magnetic Scrolls games on my iPad.
I eventually went down the emulator route.
However for anyone interested The Pawn and The Guild of Thieves are now available as downloads on the App store.

Check it all out at Strand Games

Work on Jinxter has started: 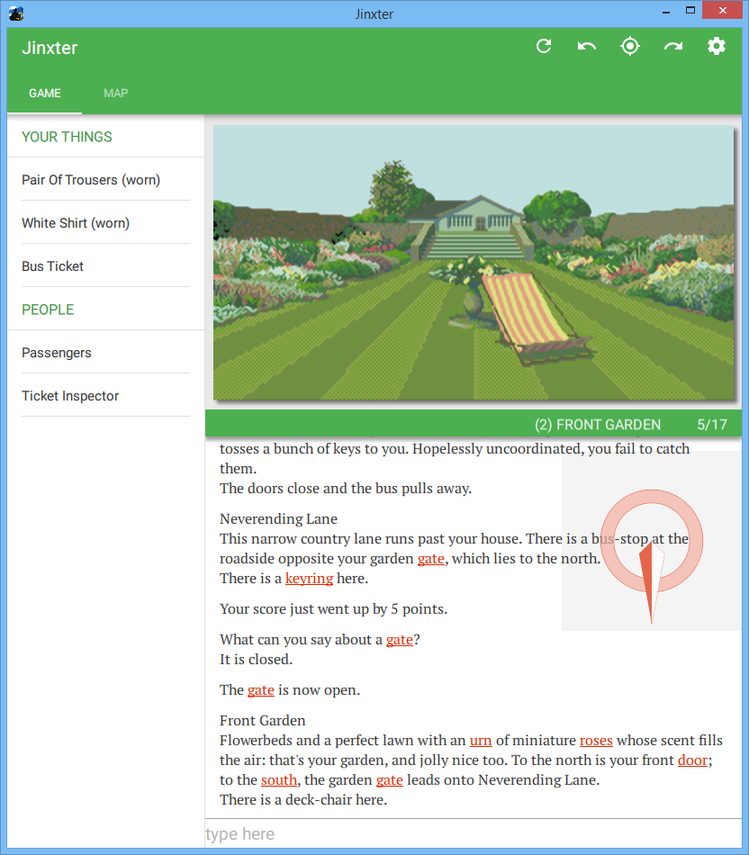