Hello, i currently use Inform, Twine, ChoiceScript and SpiritAI. I work on a new interactive fiction and i want to choice the right engine. I would like to use Versu SDK but it is not available on the website of Versu.
Please somebody can send me a link to download the Versu SDK beta thank you.

I was a tester for Versu, and the project got cancelled. I do not believe the SDK is publicly available due to the licensing issues involved with its proprietary software.

I believe SpiritAI is Versu’s spiritual successor, but from what I understand it’s a module that is intended to be used as part of a larger game system such as Unity.

I just did a quick look and I’m surprised the Versu website is still active without any notices on it about it being unavailable. There’s even a game advertised as “coming soon”. 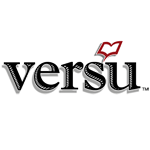 The end of Versu: Emily Short looks back

Linden Labs cut off development of Versu, mothballed the completed games created using the interactive fiction, and let developer Emily Short go. Gamasutra speaks to her about what she accomplished.

Thank you for your answer.
I’ve got the SpiritAI SDK and i confirm that you must use it with another one like Unity. SpiritAI is more a middleware. You have the Character Engine included with the SDK, and you can run your AI directly from it without to compile or export to unity.
On the official site of Versu, this is no download for the SDK beta.
I would like to know if someone have the Versu SDK installer files and if someone can send it to me by mail or other ways…

Even if you were able to obtain the files, I don’t suspect you could legally use them to produce a game since it includes proprietary code.

If this were not a problem, I’m sure the files would be easily available. Even Emily Short, the creator of Versu, can’t produce another game using Versu due to these restrictions. I think her game Blood and Laurels was even pulled from the app store because of this.

Specifically note the line in the article:

She had hoped to get the rights to the engine back from Linden, but that won’t happen now – nor will the completed game Blood and Laurels , which was developed while she was at Linden, be released.

Yeah, i have read stories about Linden and so on… what a mess
So i will work with ChoiceScript, Inform and a bit of SpiritAI, but not Versu !