IT IS TIME TO GET BACK IN TIME (all in caps, right)!

Here’s me trying to fill a gap I have in my production. The only real thing I wanted to do since when I was 13.

I hope you will find it fun as it was fun for me to make.

DISCLAIMER: this is not REALLY intended as a REAL GAME. It’s 50% a joke and 50% nostalgia. You, Constant Readers, will tell me where do you fall. It’s pretty short, it won’t kill your time too much.

Thanks to my testers (Wade, Andrew, Francesco and Marco) for the great work; thanks to Wade for the INCREDIBLE music; thanks to Marco and Francesco for feeding my ego). Thanks to me for the graphics. I think i nailed it.

PS: Don’t expect anything easy or polite to the player. What’s actually there, trying and helping the player, was made by the Inform people and it’s still there because it was too much struggle to remove. Honestly, it is a feeling I wanted to replicate, and that feeling had no synonyms, most of the time 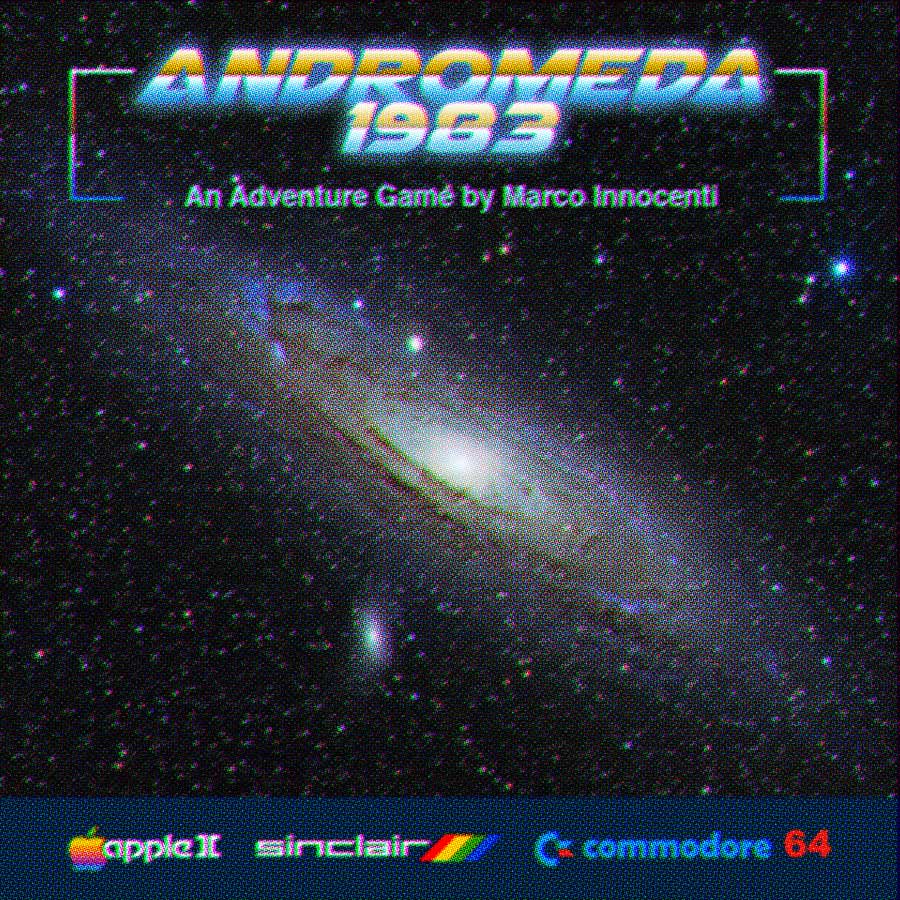 ETA: The package contains a font. It may give you a warning when installing but that’s just really Pro Things you may not need to worry about. Just install it. The difference is worth the fear.

Looks cool. Would you consider, though, also including a .cfg file for Glulxe/Git? Me no usey Gargoyle; me no likey.

Can you please point me towards the said interpreter? So that I know What We are talking about

ETA: unfortunately*, I don’t own a Windows. If anyone is willing to help for this, it’s appreciated.

I looked into it, and quickly got a .cfg file to get the font change, but - what exactly did you change with your .cfg file? In Gargoyle I get a black background sepia fonts (sepia’s my default background colour), whereas in Git/Glulxe I get my usual black font on sepia background.

I noticed Gargoyle has more options for customising styles. Are you using one of those to invert the text? If so, then it’s not something Git/Glulxe can remedy with a config file, according to the help file they come with.

I thought Glulxe allowed you to actually have more control over the background colour, though… This way you’re completely dependant on people playing the game using Gargoyle to get the visuals you wanted.

Anyway, I do get to play with your nifty font, and it looks sleek.

EDIT - BTW, all I had to do was create a file called “ANDROMEDA 1983.cfg” and have in it the following lines:

Quite simple. But sadly, as I said, nothing that can be done about the colours. Still, this’ll ensure at least people see your spiffy font.

HeY! Looks like I completely missed this post! Sorry Peter.
Let’s keep our convo here, shall we?

What i did, basically, was setting color for every kind of typeface used. In both Gargoyle and Quixe you have like 10 different styles for regular text, headers, the prompt, the quotes, the fixed width etc. Also, you can set colors individually for every bit of screen (in Quixe, the CSS is much more powerful, ofc, being able to set up divs, margins etc…).

The text color is a light grey, anyway, not sepia. This is something I have to look into.

So, CONTINUED FROM ELSEWHERE.

Too bad, typography size or shape cannot be decided in Glulx, just colors.

With typography, it may be best if Glulx allows for relative changes - allow the writer to set a “smaller font size” for effects. Even that may be courting problems, but it’d be better than anything absolute.

Indeed, using fonts as relative to the final resolution would be great. This can be done in html.

As to the shape of typography, I don’t think it ever really came up, but as a totally lay non-programmer person I would actually like seeing games with spiffy fonts. As long as I could turn them off if they were unreasonable.

Being both a designer and a teacher for Masters in Graphic Design, I have a sort of problem with typefaces. To me, 100% of the pre-installed ones are rubbish. That’s why I want to be able to set them as I like. Don’t think about A1983, for which the typography is more of a joke than anything else, but in any written text I’d like to use pro-fonts, not “Times” or (argh!) “Arial”. Kudos to zarf for using Palatino (a Letraset typography) for default Quixe. Although that is a font designed for PRINT which suffers at small sizes.

You really think even an advanced user is going to go through the trouble to change his preferences just for this one game, to reset them to their favourites after he’s done?) for the things that aren’t built-in.

On the contrary, an experienced user can simply DELETE my .ini/.cfg file and use his preset setting. I don’t want people to loose time setting the game, but the other way around.

On the contrary, an experienced user can simply DELETE my .ini/.cfg file and use his preset setting.

True, but again, only if they’re using the interpreter you think they’ll be using.

That’s the blessing and the curse of IF - lotsalotsa interpreters.

And I’ll be playing it in iFrotz, which definitely means no special font nor special colour scheme.

I wonder whether fonts could be blorbed into a game and whether Inform could use them… hmmm… wouldn’t that be interesting?

Oh no. Forget iFrotz. I didn’t even check if it works, in there

In case, let me know.

I’m sure it will. There’s no reason it shouldn’t, graphics and all.

It won’t play music, but every time I find a game that uses music I report it. My hope is that the iFrotz dev will implement sound support just to shut me up.

Play to your strengths, as they say!