Gearing up for the 25th(!) annual Interactive Fiction Competition

Having said that, you can simulate this for yourself just by observing the reviews for games while the contest is running. After a couple of weeks, a few games will have a larger number of reviews, and if you look at the scores in those reviews, you can identify some front-runners. Then, try a few of those.

This is true, up to a point; but I suspect that there is sometimes an echo-chamber effect: reviewers are also looking at other reviewers to prioritise their work, and it can become a bit incestuous.

There’s probably a message here for authors too, though. Getting early attention is useful, because it maximises the chances that your game will get momentum. To that end, unless you are an “established author” (which is I think one fairly sure way to get attention):

I don’t think that the fact you have to do this should be regarded as a bad thing: it’s part of the comp. In an ideal world, maybe, there would be few enough games that we could all play them all; but this is not that world, and one of the key skills an author needs is the ability to give their game kerb appeal.

This is great advice. One suggestion I can add is make sure your blurb is a blurb. If your blurb needs to be more than 2-3 sentences, it might be too long. The blurb is a sales pitch - an enticement to get the player to try your game. It’s not a place for a lore-dump about your world’s rich backstory or the entire biography of the protagonist. It’s not a place to apologize because it’s your first game or to make excuses for any shortcomings. Err on the side of brevity that makes an impression instead of letting yourself inadvertently talk the player out of playing.

Really polish the first few minutes of the game. Some reviewers play in strict sequence. Other reviewers and many players will, in general, be looking for games that seem on quick examination to be either strikingly bad or strikingly good, and at any rate strikingly something.

This - I will only add that the opening of the game is also not the best place for a text dump. Nothing makes me put interactive fiction aside like having to read three pages of text before I’m allowed to interact. Give the player something fascinating and shiny to play with right at the start with so they feel they’re an active part of the world and not just a passive observer/reader.

Engage the player immediately before you drop the entire history of Westeros on them - or even better, weave your lore into action involving the player. Even if there’s a little confusion at first, this can build the player’s curiosity about the world which is then satisfied by a bit of a read to avoid the “and why do I need to learn algebra?” feeling. Give them a reason to learn algebra.

Perhaps that’s the IF equivalent of “show, don’t tell.”

I was looking at the IFComp site earlier. Did they increase the file size limit?

The file can be in any format, and must be no larger than 75 MB in size.

I seem to recall the limit being 20 or 25 megabytes previously.

The file can be in any format, and must be no larger than 75 MB in size.

Where are you seeing this? I didn’t notice anything about size limits before and am unable to find anything now…

It’s actually on the game entry page in the “Game file” section. You have to create an intent to see this.

Speaking of, you can totally create up to three intents now and fill in your game info just to see how it looks, then cancel it later, or it will auto cancel if you don’t upload a game by the deadline. I’ve actually had two active when I wasn’t sure which one I was going to finish, even past the intent deadline. 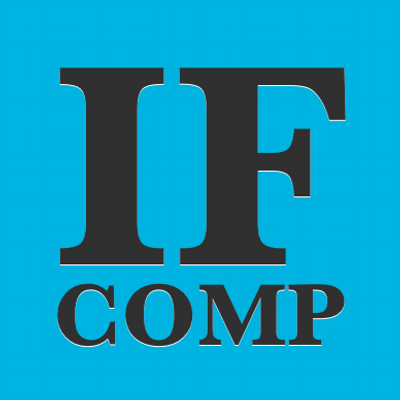 Hi folks. New account registrations and password-reset requests at https://t.co/OI66BCuFec are not working very well right now! We’re looking into it. Thank you for your patience.
1 Like
Dannii June 18, 2019, 12:45am #27

Thank you very much for drawing my attention to that. It looks like I’m going to need to rethink a few things…

Whoo…sorry to hear that. I just got a reprieve from crushing all my music down to like 8 bit hellishness…

My guess would be, and i’m speaking from personal experience here, time - or lack of. It’s easy to click Follow on Twitter account; it doesn’t mean it will directly correlate to that volume of people being actively involved in voting, reviewing etc

I’ve pretty much given up trying to be actively involved in anything outside of being a father, husband, worker and paying the bills! The age old saying of “if you don’t make time then you’ll never have time” doesn’t cut it, not only do I not have time but I also have a time deficit; so any “free time” I do stumble across is quickly filled by something garden, house or work related.

This is just my personal situation, it won’t be the same for everyone but I suspect a good percentage it will ring true for.

Also, apologies for the late reply to your post but for the exact reasons stated in my reply this is the first time i’ve logged in since about May !!