In Graham Nelson’s “Bill of Player’s Rights,” Item 5 is “Not to have the game closed off without warning.”

I’m thinking that if a player has accomplished all of the necessary tasks in a given game sector, that I could provide an exit from that section of the game, but then seal the exit (distinctly prompted before doing so) after the player uses it, so they can’t return to that area (which they wouldn’t need to).

What are the current perspectives on this scenario? Please share your thoughts here.

Can you provide more details on the setting and why you want to prevent returning to previous areas?

Once each quest is complete, there’s no need for the player to return to those other areas.

I don’t think your plan would violate any rules or make the game frustrating to the player. It might actually make it less frustrating if they know the solution to a particular puzzle is in a particular area. I wonder if there are natural ways to close off the areas given your particular setting - destroyed, undocking space ship, etc.

I might be worried that the player could drop a needed item in the now inaccessible area. Even with a warning this could put the game in an unwinnable state.

Consider the case of Disneyland, which is divided into areas in roughly the same way as many game worlds. One of the “lands” is New Orleans Square, which contains two of the best rides: Pirates of the Caribbean and the Haunted Mansion.

Someone can definitely say: “Once you’ve been on Pirates and the Haunted Mansion, you’re done with New Orleans Square. There’s no point hanging around, and there’s certainly no point going back.” That’s not wrong. That’s a perfectly legitimate way to approach the park. There’s plenty of other stuff to see and if you want to get on Star Tours then you’d better get going right now.

But it’s just as legitimate to say “After riding Pirates and the Haunted Mansion, I’m going to hang around New Orleans Square for a while, and enjoy the atmosphere. Look at all this cool architecture! Look at these bricks! Do you think these are real bricks?”

And if you have time to kill after Star Tours, you could come back to New Orleans Square and look at the bricks. It’s up to you. It would be very strange if the Disneyland staff stopped you and said “Sorry, but if you’ve already been on Pirates and the Haunted Mansion, we need you to stay out of New Orleans Square for the remainder of your visit.”

In a lot of game worlds, barring the player from entering a place they’ve “finished” doesn’t make any sense. It can come off as rude. I’m supposed to enjoy this game you made, right? Why are you gonna step in front of me and tell me I can’t enjoy that part of the game anymore?

But it can also be justified by the story. If the game is about space marine boot camp, and I need to ship off to the bug wars as soon as I’ve completed the three training courses, I’d think it was very reasonable of the drill sergeant to tell me I can’t go back into a course after I’ve finished it.

Like any other decision, it depends on your goals. If denying repeated access is the way to accomplish what you’re trying to accomplish, then you should do it.

I think what I’m trying to do is have the player accomplish whatever they need to in each sector with items that they find there, which they wouldn’t need elsewhere.

But your thought was excellent, nonetheless. Thanks!

(chuckling) That reminds me of the old adage about it being helpful to know the rules so you can break them.

I’m thinking that if a player has accomplished all of the necessary tasks in a given game sector, that I could provide an exit from that section of the game, but then seal the exit (distinctly prompted before doing so) after the player uses it, so they can’t return to that area (which they wouldn’t need to).

So it’s like Resident Evil (among other games) where the player can go anywhere, but sometimes they will jump down a ravine they can’t climb back up, or take an elevator down into a basement that breaks, so they are temporarily locked into a linear path or a sub-section of the world. Then the player finds their way through and unlocks a door back to the hub which either locks permanently or is blocked by a landslide.

To associate this with Ryan’s metaphor, it’s like being at Disneyland, walking freely, and going on rides, but only once each because you only get one FastPass.

I haven’t read the other responses yet, but I think you may have misunderstood what Graham meant by “Not have the game closed off without warning”. It’s got nothing to do with closing off areas of the game. If you read the explanation, what he means is don’t put the game into an unwinnable state without warning the player that they will never be able to finish the game.

You have various options:

In the modern era, I think option 3 is acceptable, but 4 is preferable.

one of my major WIP involves a set of “task sectors”, but are roughly sequential (mid-late game “task sectors” can be tackled in arbitrary order) , and the player can go to and fro the solved “task sectors” freely, and the end-game final plot should encompass the entire map (of course, by then teleports to and fro will be conveniently available…) and I think that is comparable to the “disneyland paradigm” of Ryan. (actually there’s a strong “lore & knowledge as treasure” component, so revisiting already seen location with gained L&K should be rewarding…

Some of my absolute favorite games have put the game into an unwinnable state without warning, but… well… it was early enough in the game that replaying from the top wasn’t a bother. Andrew Plotkin had an essay about that.

I think @Tau_Zero is asking for something else. I think what’s needed is not a way of locking off each area, but rather a way to hint that (1) each area is self-contained and you don’t need to look for things from the other areas to deal with it, and (2) to notify the player when they’ve done everything in the area.

So, a pretty simplistic implementation for a game where, say, you beam down from a spaceship on various missions: a mission briefing explaining that you can only take the standard equipment when beaming down (no transferring things from one planet to another, maybe due to decontamination procedures), which is enforced by the game; and a checklist where you’re told outright when you’ve finished what needs to be done on that planet. I think I’ve seen some implementations of this sort.

Some SF games even have “security fields” which prevent you from taking certain items through the “security barrier”. Trying to remember an example.

Not sure if it’s relevant, but the very well-done game Eat Me by Chandler Groover has a castle which slowly destroys segments as they are completed, so you can’t come back to them: 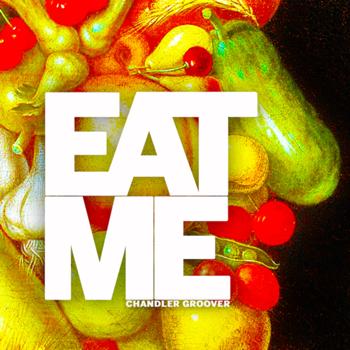 In this castle, you'll eat or be eaten. May contain dairy, carnage, puzzles, nuts.

Yes, your second paragraph is basically where I was aiming. Thanks for your comments!

Thanks, everyone, for your excellent comments!

To drop in a bit late, I think I’ve linked to Barry Schwartz’s Paradox of Choice TedTalk before, and it says … if someone has too many options, they may be less likely to do things.

I think a case of placing “you’re absolutely done here” messages is a very good one. Often you can fit it into the narrative–for instance, if a grouchy wizard in a hut gives you an important item, and you try to go back to the hut, they are all “stop bugging me! Move on already!”

I think this sort of restriction is very positive.

One advanced thing would be to allow an option to close off certain areas the player doesn’t need to visit any more. Some might be obvious and some might not. For instance, let’s say you had a meadow by the grouchy wizard’s hut where you had to pick a bunch of different flowers (say, 5,) but it wasn’t clear how many at the start. The wizard’s hut would always be blocked off, but you wouldn’t have the meadow blocked off unless the player set the “extra guidance” option.

In this case, I think this would be a decent balance between avoiding spoilers and avoiding letting the player wander, and I think it’s very good for a programmer/designer to be considering these things.

So, a pretty simplistic implementation for a game where, say, you beam down from a spaceship on various missions: a mission briefing explaining that you can only take the standard equipment when beaming down (no transferring things from one planet to another, maybe due to decontamination procedures), which is enforced by the game; and a checklist where you’re told outright when you’ve finished what needs to be done on that planet. I think I’ve seen some implementations of this sort.

For Shuffling Around, once you return to the hub area, I have someone take the items you used and put them in a museum that will show off and detail your exploits once you’ve beaten the big baddie. Which is a bit hokey, but it gets the point across. I think. I also think it’s okay to implement something hokey at first, because you will refine it/make it less on-the-nose later.