including Conversation Suggestions by Eric Eve failed when i tried to use it under the current Inform 6M62 version leading to the error message:

“The application ran your source text through the Inform 7 compiler, as usual, but the compiler unexpectedly failed…error number 11…”

The same happened when trying to use Conversation Framework for Sand-dancer by Aaron Reed instead. Is this a known problem to anyone and can it be fixed by altering the source text? Or are there other conversation extensions/systems that might be easier to handle for a beginner? Are there any links, guides or tutorials on the whole “conversation-in-IF” topic someone can recommend?

“Sand Dancer” was the example game Aaron Reed built for his book, and it’s known to have a few things that have been deprecated, so it’s possible that specific extension will not work in its current form. You might be able to go through and fix what’s wrong if you are up on current Inform syntax.

Are you using the most current version of Conversation Extensions - which should be the one in the public library inside the Inform IDE? The version I just tried in the library says V7, and if I run the included example it works fine. Are you able to run the example in the extension? The example is called “The Lion in Winter”.

Hi there,
i got the Conversation Suggestions extension downloaded from the inform7 homepage so i thought it would be the latest version of it but when i look it up in the library it says its version V5 not V7!
where can i get the V7?
the example “The Lion in Winter” doesn’t work like anything else i tried it with. same with Conversation Package by Eric Eve V2. Bothe are leading to the same error: 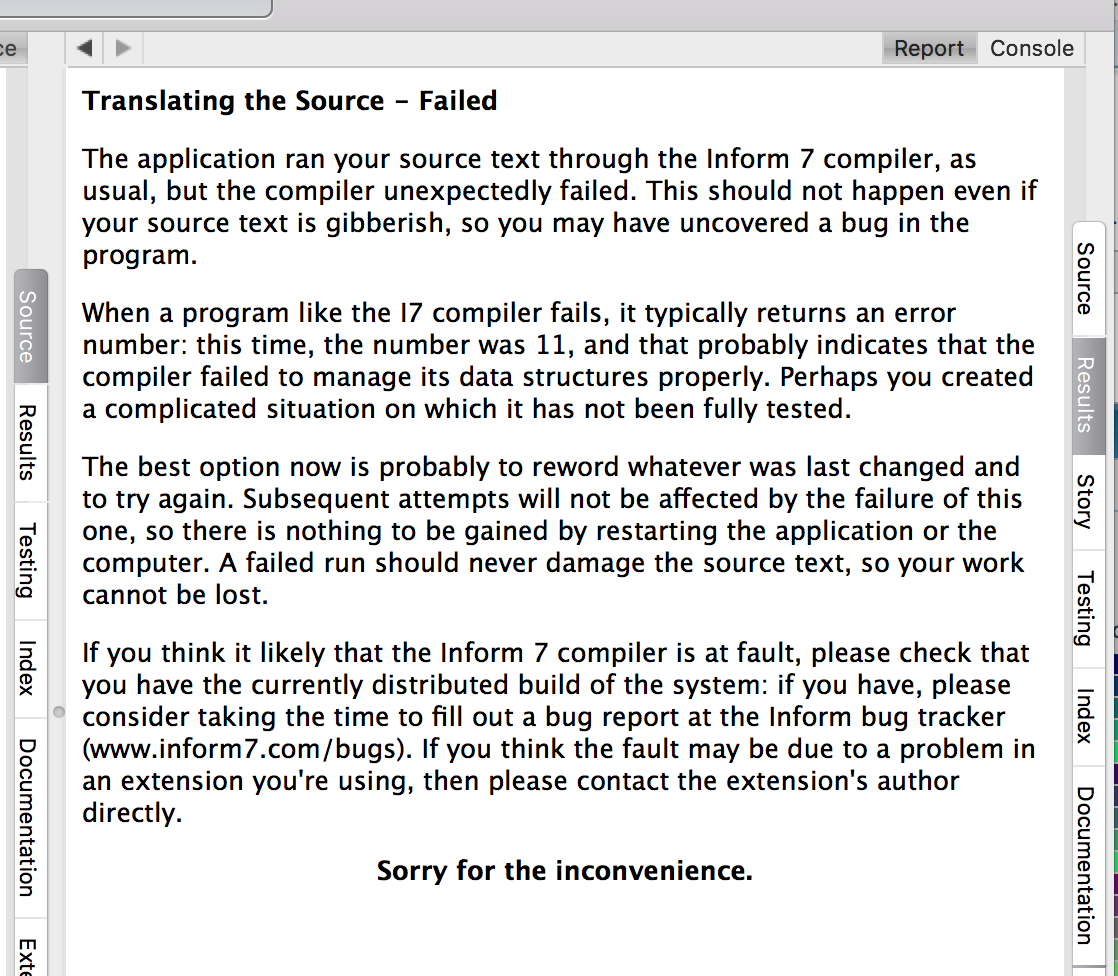 It’s showing you have V5 installed. You need to go to the “Public Library” tab which is where you get new ones. At the bottom, there’s a button to update all your extensions. 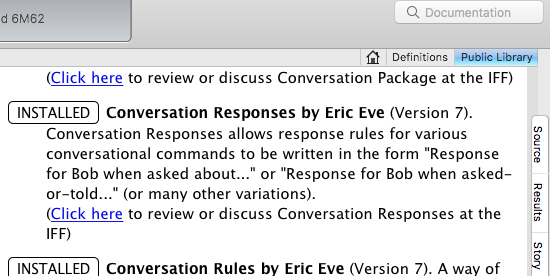 Oops! been completely oblivious of that little detail till now

That helped!
Thanks a lot!!!