Difficulty tester for a twine game

Looking for a couple of people to test the difficulty of a twine game. Not the whole thing, just to reach a certain point.
The guinea pig chums at my day job haven’t been able to exit the flat (the starting area) without help. I want to see how seasoned IF players might do and gauge whether I might have made things too tricky at the beginning.

It’s a cathartic rolling project that I add to every now and again and is hosted on a server. (I’m not going to enter it in a comp or anything so I’m fine with sharing the link here…) 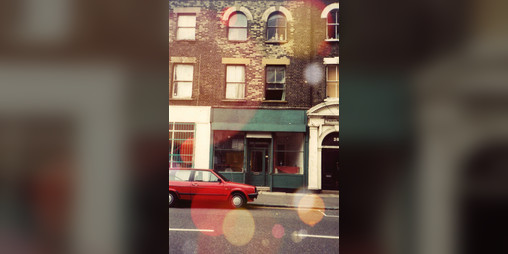 Hey! First let me just say I really like the game so far! I laughed out loud more times than I would expect from a random click on a Friday afternoon. And it’s also very engaging! Congrats!
I managed to exit the apartment in like 15 min. without making any notes and reading as much as I could about everything. So I guess you shouldn’t worry about difficulty.
And shame on you for putting up a leaderboard in the front page. You’ve triggered the primal competition instinct in my primitive brain and ruined my hope of getting any work done for the rest of the day.

Ta so much for doing that and for the kind words. It’s a relief to know someone else finds it amusing. I did while I was writing it but after the ???th debug…not so much. It will give me a little push to round it out a bit knowing that someone is looking at it. Thanks again.

I played a bit more and I think I’m more or less done for now, but I might pick it up again in the future. It’s a lot of fun! A few questions: 1. When is ULU open? 2. Is there something the goth barmaid is actually interested in? 3. Is it possible to listen to the Take That CD (and I guess write something in the computer with the inspiration)?

By the way: the conclusion of the bedsheets quest was mean…!

There is a purpose to the mean-ness of that quest (apart from amusing the narrator).

Perhaps other options open up once you start behaving in a non-softboi manner.

Thanks so much for looking at it. I really appreciate it.

Nice game. It’s got an enjoyable style, and the nostalgic elements are cool. I played for ten minutes and got stuck twice. First run through I couldn’t find a way to exit the kitchenette - only in the second run through did I realise the elipsis was a link to click on for more text.

Second run through I couldn’t see how to leave the flat. Tried sleeping repeatedly, but whatever time I woke up it was “a bit early to be heading out”. I didn’t interact with everything in the flat, because that’s not how I personally play these games (if there’s no logical reason to). Having looked again at the gameplay tips, maybe I just needed to pick up a book and read to pass the time before going out? If so, a single-sentence clue in the game would’ve been good, e.g. “I should do something to pass the time”.

The only purpose I could discern for my character was to have a cigarette, so I focused on looking for a lighter. Then on trying to leave (in order to find a lighter). So yes, perhaps a little clearer direction on what exactly the player is supposed to do would be helpful. Nothing wrong with a gentle introduction in a game to get you into the story.

I’ve spent longer typing out this feedback than I did actually playing the game, but hopefully one player’s brief experience is useful.

In order to leave the flat you need to be ready to face the concrete jungle, i.e. drink and smoke until you are at least tipsy and with an ok nicotine level. The hints are in the gameplay tips and also in some text inside the room, I don’t remember exactly where, but it says something like it’s not a good idea to walk around the city sober.