What am I doing wrong (or is this a bug?)

To me it seems like consult_from points to wrong word in the last exchange.

It looks like consult_from and consult_words are being set correctly by the parser, but then the command buffer is being wiped of the first command and then retokenised prior to action processing, so the original dictionary word being pointed to by consult_from is no longer in either the parse array or the command buffer when you try to use it in your code. Because the two commands have the same structure, your code picks up the topic word in the second command.

The confusion of entries isn’t a given, but the confusion of words is. Entering commands >LOOK UP ME IN BOOK. JUMP. LOOK UP PETER IN BOOK. leaves the word 'look' in position 3 after retokenisation.

I’m not sure that it’s possible to get access to the topic word(s) of the first ##Consult action in this scenario without modification of the parser.

To expand on some details:

The initial setting of consult_from and consult_words occurs during Parser section G, which calls ParseToken__() as part of its work. In ParseToken__() section A:

Parsing continues as normal until the command has been fully parsed. Then Parser section G takes notice that the player’s command includes multiple commands:

Near the end of Parser section G, after the first command has been fully parsed, the code checks to see whether held_back_mode has been set, and, if so, do more work:

This moves to Parser section K, which does not account for the case in your example code:

and that’s where the root problem lies.

The only way to permanently solve this that I can see is to defer wiping the text buffer until after action processing, which would probably mean making this functionality part of Parser section A and adding some globals to preserve information between calls to the parser.

It appears that there is a related issue when the topic is placed at the end of the command grammar. In such a case, it seems that the parser doesn’t notice that a THEN*__WD is in the topic, so it just includes later commands in the parsed topic, e.g. >CONSULT BOOK ABOUT ME. CONSULT BOOK ABOUT PETER. is treated as a single command with consult_from == 4 and consult_words == 7.

Here is an almost totally untested proof of concept demonstrating that in theory these can be solved. WARNING: In all likelihood the quick and rough surgery performed here has created new problems.

However, it seems to work for your scenario:

Today I wondered whether your issue persists in the I7 6M62 version of the parser. What I found was:

@DavidG, you may want to review the changes to Parser Letter A and Parser Letter K in the 6M62 parser code to incorporate the fix for #1 into StdLib 6.12.

Great work! It seem like I stumbled over a real issue (no a biggie, but anyway…). Its been like this at least since 6.11 (it worked in 5.12) but I noticed it when I playtested the recreated Curses!-code. The original is in 5.12 and the recreated uses 6.11.

Could you file it as an issue at the GitLab-project (you have much better grasp of the problem)?

I don’t have a GitLab account, but I will pass the word along.

Thanks. I’m on it. (edit) Nope. As @fredrik pointed out, this does not refer to the problem. 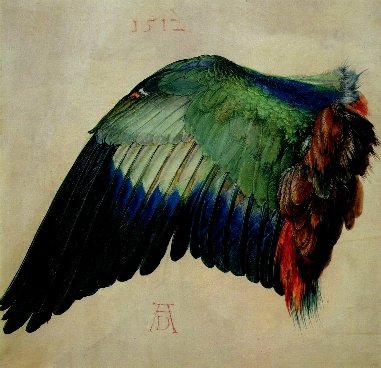 I'm using library 6.12.6. The way I read DM4, I should be able to write a list_together routine which prints all information on all the objects...

I found a small problem with the solution to the below:

I noticed it when play-testing Curses! and have the following exchange:

The period at the end of the sentence breaks something. It can also be observed in the helpboard.inf example:

EDIT: It’s part of an overall problem where a period breaks “infering” and it’s not specific to the “topic”-fix. It just surfaced when the first fix was in.

EDIT 2: This is from a recent Inform7 game:

This seems to be a different issue than the one you link to though.

After scrutinizing this behavior for a while, my guess is that it would count as “working as designed,” even though the effect appears to be inconsistent.

It seemed like it should be easy enough to enable inference even when a command-separating word is encountered, but it was a long chase through the thickets to find the places that had to be changed… and who knows what other monsters have been disturbed in the process? Use at your own risk, and note that the unusual interpretation of >GET. still happens – I didn’t look into the cause but suspect that it has to do with the ordering of grammar lines.

Thank you for your work. I can’t imagine that it’s workong as intended, even if it’s working as designed. I can’t see any reason that you should get different behaviour if you type

On the other hand, it’s a very minor inconvenience and maybe not worth rebuilding the whole parser to solve.

Inform has always had strange behavior around periods, because it assumes they’ll always be used the same way as “then”—as command separators, not command terminators. It’s also never coped very well with the American convention of putting dots after abbreviations, like “Mr. Green” instead of “Mr Green”.