"Choices: And Their Souls Were Eaten" steampunk OUT NOW.

For most of this year I’ve been working full-time on a gloriously epic 1830s magical steampunk adventure for Tin Man Games.

The beginning is free, and the rest costs a few dollars (or a LOT of ads if you choose that option on Android).

It’s a subscription story that releases a new section each week. There are between 2 and 7 strands happening at any one time, with both delayed and instant branching.

The original story, the near-future scifi game “Choices: And The Sun Went Out” will end in December this year. The second story, “Choices: And Their Souls Were Eaten” will be “medium-length”. Ultimately it’ll work out to be around half a million words.

On Android, you can buy (or earn by watching a LOT of ads) Story Passes, which can be spent on either story. play.google.com/store/apps/deta … ices&hl=en

“Choices: And Their Souls Were Eaten” is my project from the start; a steampunk adventure set in 1830s Europe when Queen Victoria was a teen princess and strange monsters roamed Europe. It uses the same magical steampunk universe as my novel “Heart of Brass” (choiceofgames.com/user-cont … e=ourgames) but there aren’t any spoilers.

One of the features of the subscription system is that the writers (I have paid editors who happen to be excellent writers as well, and I encourage them to add cool bits) can adjust the story based on suggestions from readers. I’ve been known to add pirates, name characters after fans, and so on—all based on what people seem to like.

Different players have different experiences, so they can learn more about the world and characters by talking to each other.

“Choices: And Their Souls Were Eaten” is the “new adventure” you may have seen around the interwebs on this ad: 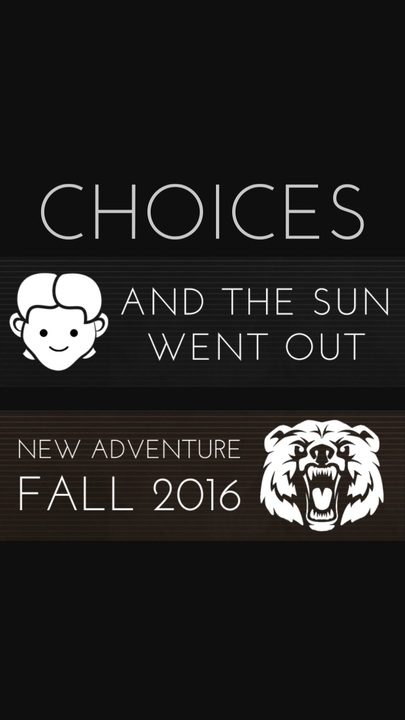