Beta-testers wanted for 'The Princess of Vestria'

A bit too late for the IFComp but I’ve completed my first game, ‘The Princess of Vestria’, a 1hr+ choice-based Twine adventure and would love to get some feedback from the IF community.

It’s partially tested already (friends/family) and so I’m hoping it plays through without crashing >90% of the time. I guess we’ll find out!

I would appreciate general feedback: thoughts, impressions, what bits were enjoyable and what were not.

Here’s a demo for anyone who wants to try first:

A bit more about the game: What’s the point of it?

My goal in making IF is true interactivity. Consequential choices, freedom to fail, feeling like the protagonist’s fate truly rests in your hands. Rather than… 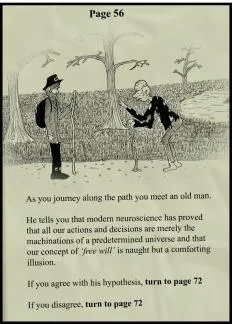 Designing systems and structure that allow for this interactivity was my starting point with this game. There are definitely a few experimental features… so, we’ll see.

I won’t bump the thread anymore

I reached the end of the demo; a few thoughts:

The writing flows easily. I have a clear sense of where the character is, what she wants, and generally what’s going on. So far it feels fairly generic fantasy, which is fine, since it makes it easier to get into quickly. Your world has enough place-names, family-names etc. that it might be worth adding a hypertext inline glossary. That could streamline some of the world-building in the prose (especially if you want players to play more than once), and add some more interactivity.

The latter part is especially important since right now the game feels like it has larger-than-average blocks of static text between choices. Your comment mentions systems and structures that make choices meaningful, but so far at least those systems feel largely invisible to me. The main sign I’ve seen is being told I lost a “luck life” (and I’m not sure why, or how those are different from regular ‘lives’), and some references to items I picked up. If you want the game to feel like a traditional CYOA book, that’s fine – but if there are more complex systems underlying some of what’s going on, you may want to explicitly surface them more. Even some sort of inventory may help remind the player of choices they made in the past that may have consequences going forward.

Thanks for playing and feeding back David.

I’m learning from playtesters that some players are choosing more consequential choices than others. A particular choice (or sequence of choices) may reverberate/cascade through the rest of the story, where a different choice may not. I would be interested in what choices you made during the demo and whether you made one or two particular choices that closed off some things in the story to you.

Being up-front and overt about exactly how consequences are being stored up is an interesting idea. At the moment the player gets a big dose of it at the end… but I’ll think about whether I could allude to it from the beginning.

Too much text to read in Chapter 1 is a common feedback so far. Going to have a go at rewriting it.

I was pleased with “luck lives”; they’re another way of adding freedom and punishing failure - but not as brutally as making the player suffer a violent death at the first slight mistake. Unlike actual lives you can lose them without cost - though they are finite. Might spell this out as well.