Another Infocom blog-through (Gold Machine blog and podcast) UP: Infidel

Since this thread generated some trafffic, I thought it would be helpful if I posted an update whenever work is complete on a title. Most games will get 3-4 posts on different subjects. The project will take a while at this pace, but I’m enjoying myself. The most recent game completed is Deadline:

Deadline: There is a Bear in the Rosebush
Hard Evidence: Realizing the Story of Deadline
Quantum Detective: Deadline and the Many Worlds Interpretation
Deadline’s Connecticut of the Mind: Nostalgia, Privilege, and Mental Illness

The next group of posts will be about Zork III.

Greetings! Work on Zork III is complete. Here are the relevant posts:

An Introduction to Zork III: It All Came Down to… That?
Which “It” Did You Mean Exactly? The Plot and Packaging of Zork III
Whose Zork Is It Anyway? The Steep Price of Authorial Ambiguity in Zork III
Zork is Dead. Long Live Zork.

I hope my take on the Royal Puzzle does not prove too unpopular.

Next on the list is Starcross, which–despite strong sales at the time–seems to be a less-remembered title. I’m personally very fond of it. The final essay of the series will use the critical lens of animal studies/anthropocentrism, a relatively new approach that I am now frantically researching. Hope to see you there!

Work on Starcross has been completed. Next week comes Suspended, which I am just wild about.

Space Zork: Starcross
The Rod in the Dumpster: Flying Saucers and the Ambiguous Ending of Starcross
Let Them Have Dominion: The Human-Centered Cosmology of Starcross

t I’m enjoying myself. The most recent game

This is really interesting. Thanks a lot. Keep up the good work!

hey @kamineko I have something to report.

In mobile, the menu button does not work, so I cant access the menu or table contents.

Also, the post Deposition, Acquisition, and Deferred Satisfaction in Zork I. has two broken links, in the ones that should show the end game text.

Like this one: Zork I: The Great Underground Empire ending

I’ve tried in several browsers and in mobile, and none of the show additional text.

I’m enjoying a lot this reading. Thanks!

Thanks for bringing this to my attention. I’ll take a look

Edit: it appears that a platform update has cratered some plugins on mobile. Not sure why, they’re all supported. I check things at publication date but rarely go back and evaluate old posts. Perhaps I should start. Anyway, I’m going to fix this but may take a little bit. I’ll update this thread when everything’s fixed. Thanks again for the heads up

OK. It wasn’t the plugins, it was the theme. So I’ve switched for now.

I will probably configure the site’s apparance options at some point, but I have been getting a lot of new visitors (like you!) and I don’t want them to have a weird experience while I’m messing around.

Everything should be readable and interactive on mobile now, please let me know if you have further problems.

Maybe the new theme is less sexy than the other, but it’s more clear. Now I can read those ending texts

Maybe the menu of this theme is not ideal for the blog, but at least it works everywhere. Thanks!

Three posts on Suspended are up. The next three-part series will discuss The Witness.

For All We Know: Suspended
Suspended : Welcome to the Machine
Game Shows Touch Our Lives: Final Thoughts on Suspended

I appreciate all the interest!

Missed this before. Great stuff, I’ve got it bookmarked.

It’s a weird time of the year for projects, but work on The Witness is now complete. Planetfall is next in the chronology, a title that will likely interest many.

The new Gold Machine Podcast
I’m also excited to announce the new podcast associated with this project: Gold Microphone. It’s available on all the big platforms. If you can’t find the feed on your platform of choice, let me know and I’ll try to get it added.

I’m having a lot of fun with Gold Machine, but I realize that, due to its formal tone, I can’t often talk about the love that I have for these games. I decided a companion podcast would be the best way to address this gap. Gold Microphone will feature relaxed and informal conversations about classic Infocom games.

I will be discussing these games with Callie Smith, an English (the discipline, not the nationality) PhD candidate. Her interests include ecology and the visual arts. She is new to interactive fiction, which I consider an asset.

The first episode is complete. It is about Wishbringer. If you wish to access the episode directly from the host, you can find it here.

As a bonus: I unbox a sealed Wishbringer grey box on video. I will be able to do unboxings every once in a while, though not as much as I would like.

As a final note: Gold Machine content is not, nor will it ever be, monetized.

The podcast has been pleasant. I’m eager for the next episode!

I listened to your podcast over Spotify today. Great episode. Listening to both of your viewpoints is really cool. I can’t wait for the next one.

One minor point, according to the promotional poster on my wall, Seastalker is also in the introductory category. Though I’m not sure how accurate that is.

I thought I would answer your conversation starter here. The first Infocom game I played was Sorcerer. I had already played text adventures up to that point. Some had graphics but bad parsers. Some we typed in. But when I started playing Sorcerer, I was blown away. The text. The parser. Everything you could do. Then I ran across the time travel puzzle, and I was hooked. My favorite part by far, but playing through the intro is always fun too.

Keep up the good work. It’ll be interesting to see what you say about Plundered Hearts.

One minor point, according to the promotional poster on my wall, Seastalker is also in the introductory category. Though I’m not sure how accurate that is.

It definitely was Introductory IF–some of the time.

I think the chronology was this:

I could have this wrong. Seastalker was not a popular game, so there aren’t a lot of sources, research-wise.

I’m glad you enjoyed the podcast! If it’s alright with you, Callie and I will read your response on-air along with any other feedback we receive.

I’m glad you enjoyed the podcast! If it’s alright with you, Callie and I will read your response on-air along with any other feedback we receive.

Yeah. Absolutely. It’ll give you some more stuff to talk about.

Hi, all. The newest episode of Gold Microphone is up. Callie and I talk about Plundered Hearts, and we were even able to do another unboxing. 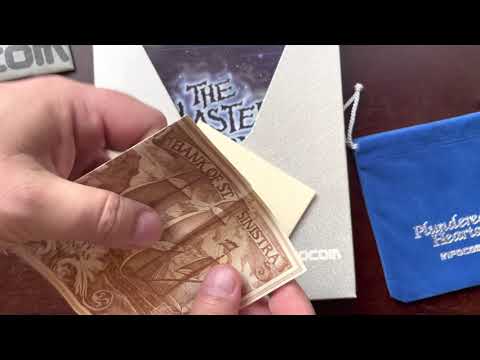 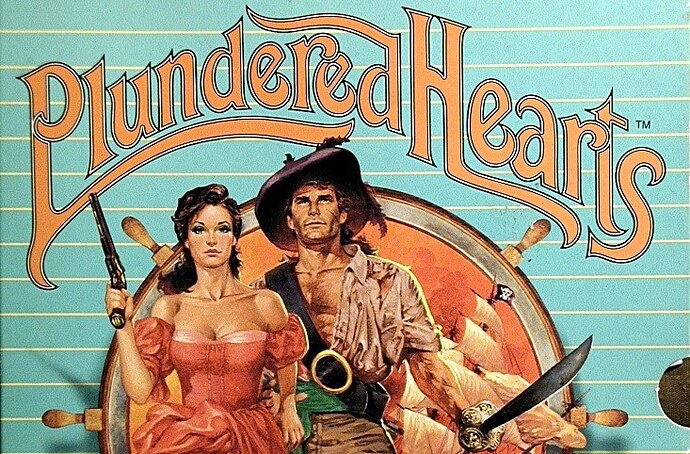 As always, comments and questions are welcome.
E: It’s available on all major platforms. If it’s isn’t offered by your platform of choice, let me know and I’ll get it added.

My three-part series on Planetfall is up. I don’t talk about Floyd much. Not because he isn’t interesting, but because others have handled the subject so well.

Enchanter, one of my all-time favorites, will be the subject of the next podcast on January 21, Callie’s schedule permitting. There will be an update post to go over this, but I’m hoping to switch to an alternating post schedule. Gold Machine one week, Gold Microphone the next.

As always, feedback and discussion are welcome.

Hi all. I’ve just published the latest podcast episode. Callie and I discuss Enchanter. We also received some fantastic, thoughtful comments about Plundered Hearts, which we enjoy discussing. It’s Enchanter week at Gold Machine, as I will be writing about it as well.

Here’s a link to the blog post, in case you just want to look at the show notes.

Also, a video of my sadly banged up Enchanter folio. I do not believe photos do the package justice, so even a folio in poor condition can be informative.

The Enchanter series is complete. The third and final essay is concerned with metafiction and canonicity/institutional knowledge (I had already planned this approach, but I would up being influenced by conversations here)

Note: For whatever reason, we are light on mail. If you have a comment about Enchanter or about golmac/golmic generally, get in touch!

Next up: Journey (podcast) and Infidel (blog).

As I mentioned on the blog last week, I now have a bingeable amount of back-content. This was one of my early goals, so it’s now time to slow down. I will likely do one post per week, almost always on Monday.

Callie and I will do a short follow-up episode on the Anastasia Salter Plundered Hearts article soon; we were working on the outline yesterday.

My first article about Infidel examines it in terms of tragedy. What sort of tragedy is it? Or is Infidel something else entirely? I consider classical tragedy, “American” (as in American naturalism) tragedy, and a third, very technical category.

I think this thread has run its course. I’ll start making a new thread that incorporates my other discussion threads with the news updates from this thread. Hopefully that will keep things tidy