ANNOUNCE!: Escape from the Crazy Place: The Return

It is happening again.

‘Donald!’ you scream, clutching the clown by the straps of his dungarees. ‘What are you doing here? How in god’s name did you get into my subconscious?’

Donald shrugs and points behind you. You turn around to find that someone has installed a revolving door. Moments later the most private recesses of your unconscious mind have been invaded. ‘Halt, Peasant!’ says the Captain of the Royal Guard, ‘Only nobles may wear poulaines with toes more than two feet long, by Royal Decree! Take them off right this minute, or face death, by my sword!’ You begin to point out to the Captain that since you are now a disembodied consciousness, you no longer have any shoes, nor any feet for that matter, but are interrupted by the monkey waiter who is carrying an astronomical drinks bill on a silver plate. Apparently the drinks weren’t free after all.

You hurl yourself through the revolving door, wedging it shut behind you. The monkey waiter and the Captain of the Royal Guard are now permanently trapped in your subconscious, so thankfully you have no conscious memory of them, but for the rest of your life you are troubled by inexplicable dreams about Turkish slippers and unpaid bar tabs.

Escape from the Crazy Place is a 92,000 word Twine game in the CYOA tradition. Accompanied by a deranged, hamburger vending clown, the player must make it alive through the forest of the Ostrich People, avoid becoming ‘jellybeanerized’, survive the mutiny on the ‘Milky Way’, find a matching pair of poulaines, fathom the mysteries of the marmalade Sat Nav and milk the Cow of Honour, amongst other adventures, in order to escape from the ‘Crazy Place’.

Escape from the Crazy Place has been in production on and off since it began in manuscript form back in 1984. An interactive round-robin story, Escape includes contributions from around 20 different authors, but the bulk of the text is by myself and my friend Loz Etheridge, with considerable new material by Mark Bailey. A version of the game was released in 2006, but when I realised that the current edition was two and half times the size of that release, I thought it might be worth doing an official “relaunch”.

The time cave’s structure is both organised by chronological progression and detached from it. It’s ungrounded by regularity: possibility is so open that it often becomes fantastic or surreal, with different branches occupying wholly different realities. The player has velocity but little grasp, vast freedom but little ability to comprehend it.

Which is to be expected from a work which for thirty years we have been making up as we go along. (The Twine node map for the game can be seen here.) The game is really nothing more or less than a joyous expression of silliness written by a bunch of friends who like to take time off from being grown-ups. The story is not over yet, and continues to grow. Play it if you like improvisation comedy, Rick and Morty, The Cave of Time. Avoid it if you like linear, slice of life games which tackle life’s serious issues, or if your name is Mike Harris.

Here is a link to the game’s IFDB Page.

There will be a launch party for the game in London on June 10th. Details to follow!

Escape from the Crazy Place: The Return

(Spits tea on the monitor.)

If the game is as funny as the title, I’m voting for an XYZZY for this RIGHT NAO. 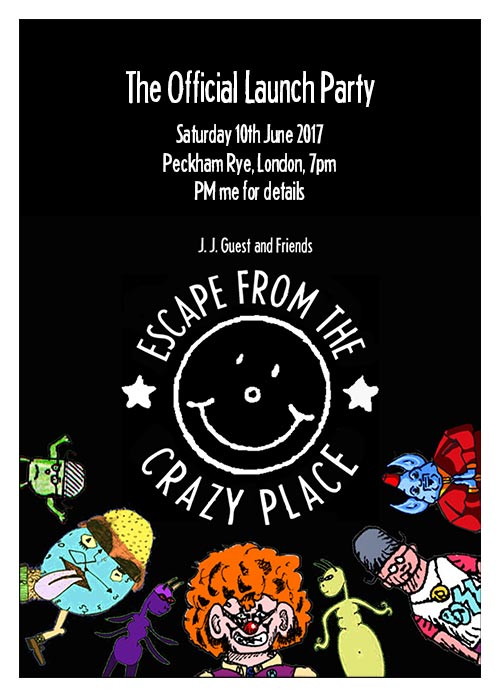 On June 10th join me. J. J. Guest in celebrating the official re-launch of Escape from the Crazy Place!

There will be interactive readings from the book, where YOU get to choose what happens!

There will be improvisation comedy inspired by the readings!

There will be insane music and crazy amounts of beer!

Come as your favourite character!

To get you in the mood: a one-time only offer! Below are a selection of short-cuts that will take you right into the heart of the Crazy Place:

Monkey Business at the Poolside Bar

Milking the Cow of Honour 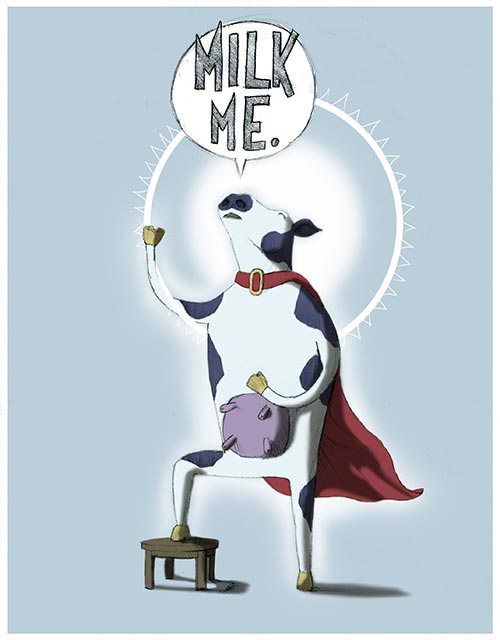 The time has come, to milk the Cow of Honour.

For those of you who missed last week’s launch party - here’s a video - of the interactive reading with additional material by some of London’s finest improvisers!

That’s me doing the reading - dressed as one of the Ostrich People. In case you were wondering.