Unfortunately, I don’t have much experience with object oriented programming, so that will be one of the things I’ll need to learn along the way.

Thanks for the link, but I had already found that page and used it to narrow down my options.

Hugo seems to support the most platforms, but hasn’t been updated since early 2006. I didn’t like the look of the syntax for TADS, as it has too many curly braces for my tastes and Inform seems a little too verbose to start learning with.

ALAN would probably be my first choice for a code based editor, if I decided to go that route later.

I7 isn’t a good exemplar, since it seems to have abandoned the Infocom world model. (I thought I7 ran on top of I6 code

I7 compiles to I6 if I understand correctly.

I don’t understand “seems to have abandoned the Infocom world model” - I7 is pretty much designed to make a game that looks and runs exactly like standard Infocom output.

Sorry, should have updated. I was less than half way through reading Graham Nelson’s presentation, and in the first part he says he threw away I6 and started again. I6 was designed to emulate the language Zil, which Infocom used to create its games. That world model had logical objects related by containment, and it’s that world model that commands manipulate. If there is a library with a box containing a marble, then “Take marble” changes the object containing the marble (the box) to the player_object: it’s a real, though virtual, relation which can be tested by other parts of the game. So the game is able to make inferences based on that relationship, e.g. if the player moves to a different location, the marble moves too.

Compare that to say, Twine – the Twine world model doesn’t have any notion of objects, or of containment, it simply uses flags and values to print out different messages. So the “Take Marble” option simply sets a flag, and although other parts of the game can check that flag, they can’t check whether the player encloses the marble because that relation isn’t part of the model world.

Anyway, it doesn’t matter: Graham Nelson later went on to say that I7 did still generate I6 code, so the model world is still there, it’s just obscured by the I7 frontend.

Yes, I liked ALAN, particularly the way that NPCs had scripts attached to them as standard. It seemed a healthy way to encourage writing where other characters were more than fancy Frobzat dispensing devices, or barely animated bulletin boards. Unfortunately the ALAN community is small, so if you hit a roadblock there might not be anyone around to help.

Hmmm. Perhaps another way of narrowing down to the language you want is to browse the extensions that have been written for the various languages and see which ones do things that you’re interested in having in your game? They’re all available via the If Archive.

It’s starting to look like ADRIFT would be a better fit to start with.

The source code for Quest is a strange mix of VB and JavaScript with a little C# thrown in, which would make it tougher to work out how everything works from looking at that. There are also two versions of it, a desktop editor and an online version, so that would complicate matters.

It also looks like Quest 5 will be replaced by a new version that focuses more on JavaScript., although it isn’t clear when that will happen.

I haven’t looked at what extensions are available for each system, as I only have a vague idea of what I would like to create and/or what is possible these days. Most of the text based games I have played are at least twenty years old, so I have some catching up to do.

I did have a good look around the ADRIFT forums and discovered that it is possible to export an entire game file in human readable (XML) form which would help in learning how everything fits together. The manual only mentions exporting sections individually.

ADRIFT can export the entire game.

I thought that was what I wrote in the last paragraph of my previous post?

Sorry about that, miss-read you post. Wine and social media never mix.

I took over maintaining Quest a year or so ago, so I cannot claim to be objective here, however…

Quest is much more popular. That does not mean it is better, but it does mean the forum is much more lively, and there are a lot of people willing to help out. Check out the forums and see what they are like.

Quest games, whether created on-line or on the desktop version, can be uploaded to the textadventures.co.uk website, which I would say is a major repository for text adventures (not just Quest). As far as I know, users of ADRIFT games need to download the runner, which severely reduces the amount of plays. I released a Quest game, Deeper, Jan 2016, and it has had 26384 plays and 2194 downloads. Compare to Top Hat, the top rated Adrift game, released in 2009, with 1670 downloads. I would suggest Quest games get played much more.

The last time Adrift was updated was June 2016. Quest was last updated July 2018, and will get further updates.

The mapping in the Adrift editor is cool. You can create a map in Trizbort, and export directly to Quest, but it is a one-way deal.

There is a new version of Quest hopefully on the way as someone mentioned, but the old version will still be supported. The webplayer supports Quest 4 (Quest 5 dates from 2011), and I think supports Quest 1 still, though I am not aware of any games that old (Quest 1 to 4 were developments of the same system).

On the other hand, if you know a little JavaScript, Quest 6 is ready to go now as a framework (i.e., it has all the generic coding done, but no editor). It has a tutorial and documentation. The editor is some way off! 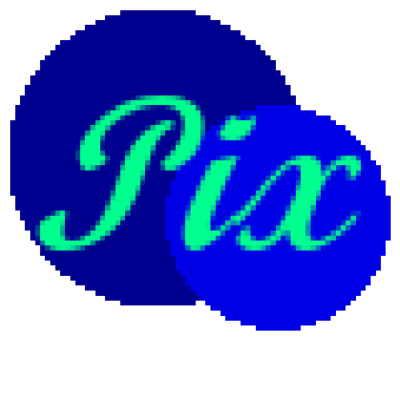 An alternative to Quest (Quest 6 maybe) that is written in JavaScript, which will run in the browser. - ThePix/QuestJS

At this point, I’m just looking to learn how all the different components of a text adventure are created and put together, so there will not be any players other than myself for some time. It’s quite possible that I will move on to a code based system before distributing any finished games.

I’m also hoping to explore the underlying game code and the creation system source code. Both systems seem to use a form of XML for the game code, but the system code for ADRIFT will likely be easier for me to follow as it is VB only, whereas the Quest source seems to consist of VB, C# and JavaScript.

Not to derail things, but I think that suggesting “Top Hat” is the top-rated or most downloaded ADRIFT game is misleading at best. Probably the ADRIFT games that get the most play are those that are released in major competitions, but those downloads aren’t reflected on the “Popular Games” list on the ADRIFT site (the only other place I think a person would see “Top Hat”; apologies if you found it somewhere else). Granted, I don’t immediately know what the top-rated ADRIFT game is (there’s a small contingent behind me shouting “The PK Girl”), and I also wouldn’t challenge the overall point about ADRIFT games not always getting as much play versus other platforms. But maybe a better point of comparison would be one of the more recent ADRIFT IFComp entries like “The Stone of Wisdom” or “Six Silver Bullets.”

Not to derail things, but I think that suggesting “Top Hat” is the top-rated or most downloaded ADRIFT game is misleading at best.

It was the top of the list on the Adrift web site. Stone of wisdom has 41 downloads and 10 plays since Nov/18. PK girl has 7408 downloads and 23 plays since Aug/06. This is from the adrift.co website; is there another download site?

Sure. There’s IFDB, the IFComp site (or any other competition pages that host games), or Rotter’s Delron ADRIFT Game List. Those downloads wouldn’t be counted toward the stats seen on the ADRIFT site.

[edit note: apparently new users can only include two hyperlinks at a time, but the IFComp site is at IFComp dot org]

Since people are talking about popular ADRIFT games, is it okay to talk about favorites?

To Hell in a Hamper is an insanely good game.

Marina the Offering is a fun little horror game.

Mangiasaur has you gaining creature’s powers by eating them.

Stone of Wisdom achieves levels of polish similar to other platforms.

Goldilocks is a Fox is a great (and large) storybook game.

A Fine Day for Reaping and The Ascot have been nominated for awards.

I’d recommend all of these.

Marina the Offering is a fun little horror game.

Here’s the IFDB listing for games made in Adrift sorted by rating:
https://ifdb.tads.org/search?sortby=ratu&newSortBy.x=0&newSortBy.y=0&searchfor=system%3A+adrift+

And by most recent:
https://ifdb.tads.org/search?sortby=new&newSortBy.x=0&newSortBy.y=0&searchfor=system%3A+adrift+