Hey guys, I am new to Inform 7 and I almost gave up trying to get it running on Ubuntu 20 (in fact I simply gave up on gnome-inform7).
I do not really need the IDE so I resorted to figuring out just how compile and release directly from the CLI. I only know how to work with projects involving just a single story.ni file, so nothing too fancy given the Inform7 capabilities.

As a result I wrote a couple of short scripts to compile my simple story.ni using the i7 interface directly. Probably too simple and trivial for anyone knowing a little bit about the Inform7 infrastructure, but it would have save me a bunch of hours these days if I had it since I was not able to find much about how it works… Furthermore it will probably be easy to include extensions,etc into it for someone who knows more about Inform. So here it is, hopefully it will be useful to someone! 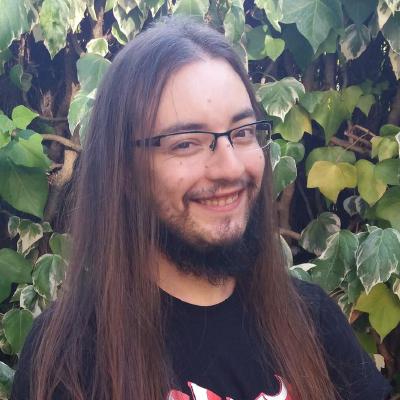 Given a story.ni these scripts can download and install Inform7 and release the story as a parchment play-in-browser page.

I was impressed with how fast this is compared with the “Go!” button in the windows IDE!

Love this! It is awesome to have alternatives to the IDE

I understand your pain with gnome-inform7. I have been fighting an uphill battle to create workarounds for the IDE on modern OS and ran into some more complex issues as of Ubuntu 19.10/20.04. Currently I have the IDE ‘running’ on 19.10/20.04 but deployment is a problem and deb package is still a work in progress. My understanding is that the maintainer of the IDE is working on a rework at this time to port to more modern libraries.

I went down the rabbit hole for a while trying to compile gnome-inform7, but after the third of fourth dependency of a dependency I just gave up, too many “old” library versions to deal with manually…

I wish Mr Nelson would open source the language as he kind of promises more than a year ago in inform7.com. But I guess we all know how it is, sh*t’s hard.
Anyhow I really like the language and I think it is just magical how i7 can produce a stand alone playable webpage from a bunch of almost natural english statements. And pretty fast btw. It is absolutely unreal.

I recently had a very brief dialog with @GrahamNelson regarding the licensing of works created by authors with the Inform7 compiler and learned the open sourcing effort is in progress. Of particular note is the upcoming switch of the tool chain to Artistic License 2.0. Link below to that discussion.

How to delete/edit the "Welcome" bit? Inform 6 and 7

I did some digging and had a few exchanges with @ptomato and @GrahamNelson. It appears that the inform suite of tools will be undergoing a licensing change overall and the banner requirement is dropped. Here is a quote regarding the banner text: The game banner requirement will be dropped, and may be considered instead as a sort of customary courtesy without force of law, and which would not apply to works where it is impractical. Here is a quote regarding future licensing changes: The …

Very nice solution ! Can you recommend a good tutorial on the Inform game syntax ?

Can you recommend a good tutorial on the Inform game syntax ?

See the Inform 7 Documentation and Resources post for some pointers to tutorials.

You end up with binary machine code for your choice of two different virtual machines, the venerable Z-machine or glulx. The IDE performs a two-stage compilation: the Inform 7 source is compiled to an Inform 6 file (by ni, the I7 Compiler), then the I6 Compiler compiles that to z-code or glulx.

If your source specifies “Release along with an interpreter”, you will also get HTML and javascript suitable for playing your game, including a javascript file with a base64 representation of your binary gamefile which can then be interpreted (we generally speak of “interpreting the game file”, though one could as well say “emulating a VM executing the game file”) by a supplied interpreter written in javascript.